The CDC will screen passengers arriving from Wuhan, China, for symptoms of a mysterious new deadly virus. The screeŌĆtwitter.com/i/web/status/1ŌĆ”Vb

A federal appeals court threw out a lawsuit by a group of children and teenagers trying to force the US governmentŌĆtwitter.com/i/web/status/1ŌĆ”nt

RT @CNNPolitics: JUST IN: Secretary of State Mike Pompeo publicly commits to investigating whether the former US ambassador to Ukraine wasŌĆ”

No injuries have been reported after a Delta flight slid off the runway at Kansas City International Airport. The aŌĆtwitter.com/i/web/status/1ŌĆ”Ye 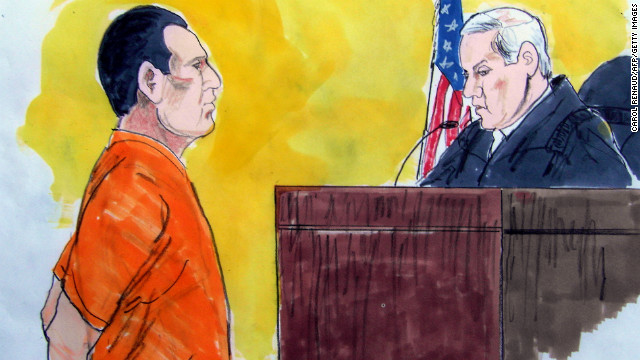 American sentenced to 35 years for role in Mumbai terror attacks

[Updated at 1:25 p.m. ET] A federal judge in Chicago on Thursday sentenced Chicagoan David Headley to 35 years in prison for his role in the deadly 2008 siege in Mumbai, India that killed more than 160 individuals including six U.S. citizens.

[Posted at 04:07 a.m. ET] American David Headley is scheduled to be sentenced by a federal judge in Illinois today for his role in the 2008 terrorist attacks in Mumbai, India.

Headley, 52, has admitted conducting advance surveillance for the attacks that killed 160 people.

Although he could receive life in prison, the Justice Department is recommending that a federal judge sentence him to 30 to 35 years because he cooperated with U.S. authorities after his arrest.

The families of Canadian citizens or permanent residents killed in the downing of a passenger plane in Iran will reŌĆtwitter.com/i/web/status/1ŌĆ”9v
cnni

3:30 pm ET January 17, 2020 RETWEET
More than 100 staffers from the US CDC are being deployed to three US airports to check passengers arriving from WuŌĆtwitter.com/i/web/status/1ŌĆ”yp
cnni

2:32 pm ET January 17, 2020 RETWEET
"She was a healthy, happy, normal 16-year-old." Often we think of frail, elderly people as being vulnerable to thŌĆtwitter.com/i/web/status/1ŌĆ”Tw
cnni