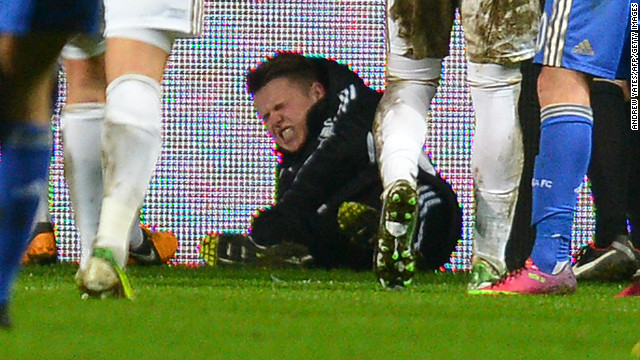 Chelsea's soccer star Eden Hazard today was charged with by the English Football Association with violent conduct after being ejected from his team's League Cup match at Swansea earlier this week for kicking a ball boy.

Hazard, a Belgian, is facing a lengthy ban after a statement on the FA website said his actions "constituted violent conduct whereby the standard punishment that would otherwise apply was clearly insufficient."

Hazard has until January 29 to respond to the charge. The case will then go before an FA disciplinary panel who will decide on any punishment more than the standard three-game ban.

Covid-19 has devastated major Indian cities, with hospitals running out of oxygen and medicine. But in rural stateâ€twitter.com/i/web/status/1â€¦ga
cnni

10:17 am ET May 11, 2021 RETWEET
Pollution from food production in the United States is linked to an estimated 15,900 air quality-related deaths eacâ€twitter.com/i/web/status/1â€¦QU
CNNweather

10:06 am ET May 11, 2021 RETWEET
A US Capitol riot defendant, whose lawyer says he was hooked on Fox News and developed "Foxitis," said he had "beliâ€twitter.com/i/web/status/1â€¦9q
cnni

10:00 am ET May 11, 2021 RETWEET
Three senior reporters who fled Myanmar for Thailand after the brutal military coup "face certain arrest and persecâ€twitter.com/i/web/status/1â€¦W8
cnni