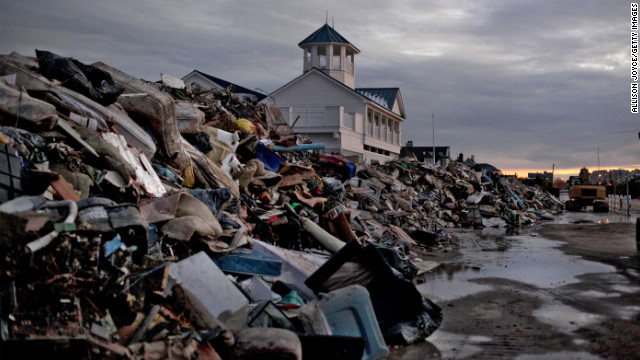 Debris from Superstorm Sandy is seen on a beach Thursday in Long Branch, New Jersey.
January 28th, 2013
12:22 AM ET

A month of outrage later, Senate to vote on Sandy relief

The Senate is scheduled to vote Monday on more than $50 billion in aid to Northeastern states battered by October's Superstorm Sandy, four weeks after a delay that sparked bipartisan fury.

Sandy killed at least 113 people in the United States, flooded much of Lower Manhattan and Long Island and smashed New Jersey's seaside towns when it struck October 29. Officials in New York and New Jersey, the hardest-hit states, say tens of thousands of families are still displaced or lack adequate heat in weather like the Arctic blast that swept through the region last week.

Iranian Americans are staging demonstrations across the US this weekend in solidarity with ongoing protests in Iran‚Ätwitter.com/i/web/status/1‚Ä¶DE
cnni

Iranian Americans are staging demonstrations across the US this weekend in solidarity with ongoing protests in Iran‚Ätwitter.com/i/web/status/1‚Ä¶DE
cnni