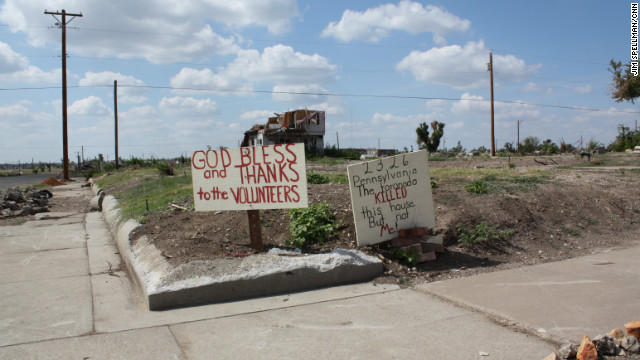 Watch out for rough weather

People in the Mississippi River Valley could be in for some dangerous weather Tuesday, the National Weather Service's Storm Prediction Center warns.

Very cold air surging southeastward will clash with warm, moist air coming up from the Gulf of Mexico; a line of severe thunderstorms is expected to erupt along the cold front that separates the two air masses, CNN meteorologist Sean Morris said.

"This could be a particularly dangerous and deadly event due to the rapid movement of the storms and the tornado threat increasing during the overnight hours, causing people in the storms' paths to be caught unaware," Morris said.

A few of these storms could produce tornadoes across parts of Arkansas, Tennessee, Mississippi and Louisiana.

Apart from tornadoes, these storms could produce damaging thunderstorm winds that could cause injuries and fatalities, knock down trees and cause widespread power outages and property damage.

Cities included in the moderate risk area, which is the region most likely to experience tornadoes, include:

Cities included in the slight risk area, where damaging thunderstorm winds and isolated tornadoes are possible, include:

The severe weather threat will continue into Wednesday across the Southeast, Morris said. The primary threat will be damaging thunderstorm winds and isolated tornadoes. States that could experience severe thunderstorms and tornadoes on Wednesday include:

3:01 pm ET February 5, 2023 RETWEET
Iran will pardon or commute the sentences of a large number of prisoners as part of an annual amnesty, state mediaŌĆtwitter.com/i/web/status/1ŌĆ”dv
cnni

3:01 pm ET February 5, 2023 RETWEET
Iran will pardon or commute the sentences of a large number of prisoners as part of an annual amnesty, state mediaŌĆtwitter.com/i/web/status/1ŌĆ”dv
cnni

2:52 pm ET February 4, 2023 RETWEET
The FAA has issued a ground stop for three airports in the Carolinas for a ŌĆ£national security effort,ŌĆØ as a suspetwitter.com/i/web/status/1ŌĆ”SVqtu9
cnnbrk