Ever wondered how to drive from the center of Pyongyang, the showcase capital of North Korea, to Yongbyon, the location of the secretive regime's main nuclear complex?

Well,Â a recent updateÂ to Google Maps has the answer for you.

It has filled in the big, largely blank space that previously lay north of the well-mapped South Korea withÂ streets, towns and landmarks.

Users curious to virtually explore one of the world's most reclusive states can zoom into the heart of Pyongyang and pull up photographs of the Kumsusan Memorial Palace, whichÂ houses the bodies of the revered former leaders Kim Il Sung and Kim Jong Il. 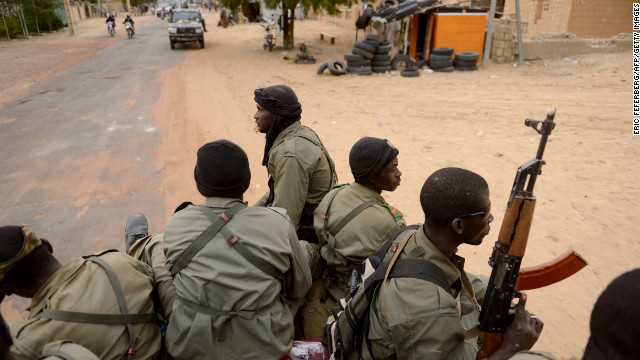 French president on military offensive: 'We are winning in Mali'

French-led troops in Mali now control the ancient city of Timbuktu, the neighboring Gao - and the vast swath in between that was an Islamist stronghold for almost a year, the French defense ministry said.

"We are winning in Mali," French President Francois Hollande said at a news conference Monday, but added that militants still control parts of the north.

Hollande did not say how long France will maintain troops in its former colony.