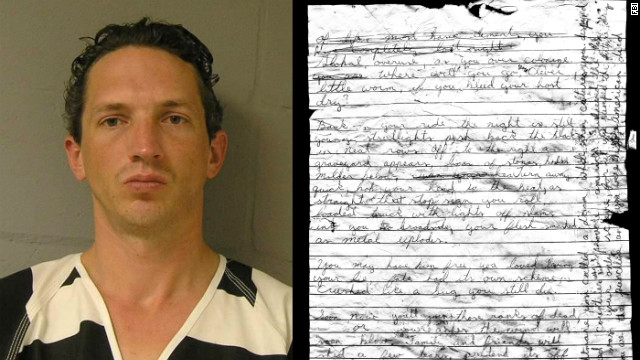 They are some of the last thoughts of a serial killer, found on blood-soaked, handwritten and often poetic notes in his Alaska jail cell after he took his own life.

"Speak soft in your ear so you know that it's true. You may have been free, you loved living your lie, fate had its own scheme, crushed like a bug you still die," Israel Keyes wrote.

Keyes killed himself in December. He was in custody in the killing of barista Samantha Koenig, 18, whom he abducted from a coffee stand in Anchorage, Alaska, last February. Koenig was one of at least eight people Keyes admitted to killing, but he may have taken other lives, police have said.