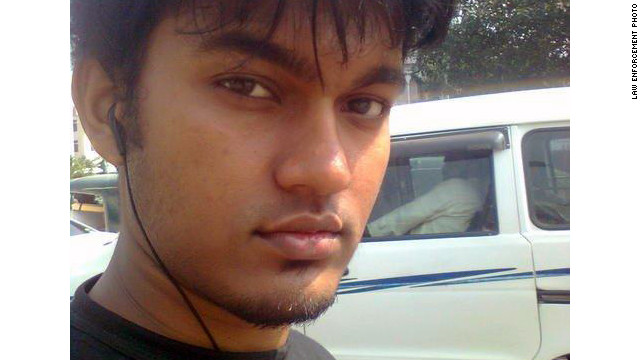 Quazi Mohammad Rezwanul Ahsan Nafis, 21, of Bangladesh, is accused of planning a bombing in New York.
February 7th, 2013
10:46 AM ET

A 21-year-old Bangladeshi man accused of planning to blow up the Federal Reserve Bank of New York with what he allegedly believed was a 1,000-pound bomb is expected to plead guilty Thursday, federal prosecutors said.

Quazi Mohammad Rezwanul Ahsan Nafis was charged with attempting to use a weapon of mass destruction and attempting to provide material support to al Qaeda.

He was arrested during a sting operation October 17 and is expected to make his plea during a noon court appearance in New York, according to a statement from the Justice Department.