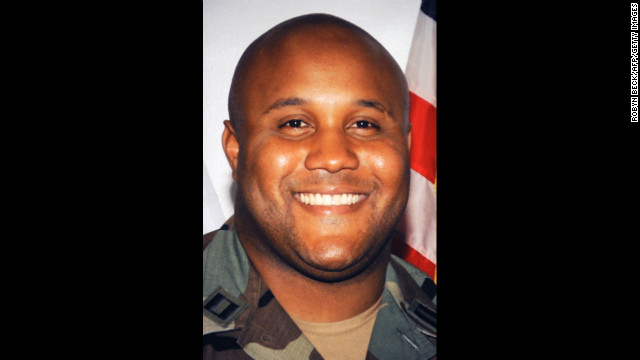 Medical examiners have confirmed that the charred body found in a cabin near Big Bear Lake, California, is that of Christopher Dorner, the rogue ex-cop wanted in a string of killings around the Los Angeles area, the San Bernardino County Sheriff's Department announced Thursday.

Identification was made through dental records, sheriff's spokeswoman Jodi Miller said. The cause of death wasn't immediately released.

Police say they tracked Dorner to a cabin south of Big Bear Lake, California, on Tuesday, leading to a shootout that killed one deputy. A SWAT team eventually stormed the cabin Tuesday evening, leading to a fire in which authorities now say Dorner died.

Authorities say Dorner launched a guerrilla war against the Los Angeles Police Department over what he considered his unfair dismissal in 2009. Police say they believe Dorner killed four people - including two law enforcement officers - since February 3.

In her video, this former ER nurse simulates going to the grocery store and she starts off by putting gloves on herâ€twitter.com/i/web/status/1â€¦ar
cnni

6:30 pm ET April 4, 2020 RETWEET
When one inmate was handed two bus tickets and freed, he said he was frightened, not relieved. cnn.it/2RcNeQe
cnni