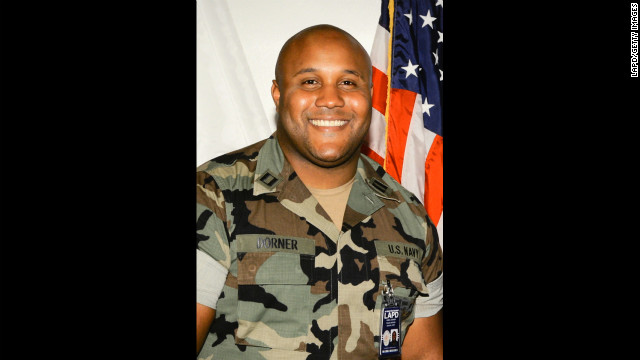 Ex-girlfiend: Dorner was stressed out, bottled up

An ex-girlfriend of slain murder suspect Christopher Dorner said the former L.A. policeman worked in a pressure cooker and she was afraid he would target her after she heard he was the object of a manhunt.

"It was very scary, and, you know, I made a decision to speak out because if anything had happened to me, I'd want my family to at least have an idea about maybe who it was," Arianna Williams told CNN on Thursday.

Authorities say Dorner launched a guerrilla war against the Los Angeles Police Department over what he considered his unfair dismissal in 2009. He allegedly fatally shot four people and was killed in a fire at a cabin in Big Bear Lake, California, when he was cornered after a manhunt.

If she stayed silent, her family would never have known what happened to her, she said, though she noted that she wasn't singled out or named in the manifesto he wrote detailing his grievances.

Hearing that Dorner was a murder suspect shocked her, Williams said. But at the same time, she "sort of expected it" from the man she dated in 2006.

"When you have a profession where you worked your whole life to really obtain something, that level of success, and I think, when you go into that environment where everyone else is not, maybe, lined up with the way you believe and the way you think, after ... time ... the stress could probably wear on you," she said.

"I don't think it's in any way justifiable, someone going out and killing anyone because they're stressed out at work. There are ways and outlets of releasing stress. Chris, unfortunately, was one of those people, he bottled up a lot of his emotions and wasn't very good at expressing himself. "

Dorner is thought to have been proficient and comfortable with firearms.

"He would come over to my house and sometimes there would be firearms laying around. I just attribute that to him being a peace officer and protecting himself at that time, you know," she said. "There would just be, like, a firearm in the kitchen, there would be one by the bed. I guess just maybe for easier access in case something happened."