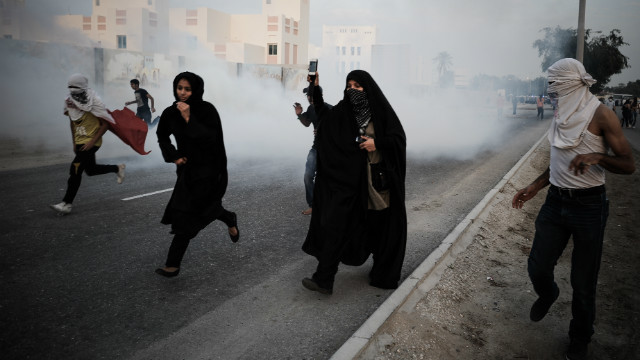 A teen died in clashes in Bahrain as protesters hit the streets Thursday on the two-year anniversary of a failed uprising in the nation, authorities said.

Authorities are investigating the Thursday morning death of a 16-year-old teen and trying to determine how it occurred, according to a government statement.

Al-Wefaq, Bahrain's main Shiite opposition party, said the teen was killed when he was hit by bird pellets shot by Bahraini security forces.

The deterioration of the Great Barrier Reef is prompting the UN to suggest it be listed as in 'danger,' but the Ausâ€twitter.com/i/web/status/1â€¦3A
CNNweather

8:40 am ET June 22, 2021 RETWEET
At its core, the #ShowYourStripes campaign is a visual one, designed to illustrate something inherently difficult tâ€twitter.com/i/web/status/1â€¦ZZ
CNNweather