Science fiction writer Orson Scott Card has been commissioned by longtime "Superman" publisher DC Comics to write a two-part story launching its new "Adventures of Superman" digital series. Card is perhaps best known for the classic 1985 sci-fi novel "Ender's Game," but he also has sparked controversy with his outspoken criticism of homosexuality and same-sex marriage.

In a 2004 essay titled "Homosexual 'Marriage' and Civilization," Card wrote, "... either civilized people will succeed in establishing a government that protects the family...or the politically correct barbarians will have complete victory over the family - and, lacking the strong family structure on which civilization depends, our civilization will collapse or fade away."

News that Card would be among writers on the new "Adventures of Superman" digital comics prompted marriage-equality group AllOut.org to launch a petition drive aimed at DC Comics.

Autopsy results on Christopher Dorner, the renegade former Los Angeles cop who authorities said killed four people and wounded three others, show he died from a single gunshot wound to the head.

Capt. Kevin Lacy, the San Bernardino County, California, coroner, said that authorities have not yet ruled on Dorner's manner of death.

However, information collected so far seems to suggest he took his own life.

"While we're still compiling the information and putting our reports together, the information that we have right now seems to indicate that the wound that took Christopher Dorner's life was self-inflicted," Lacy told reporters. 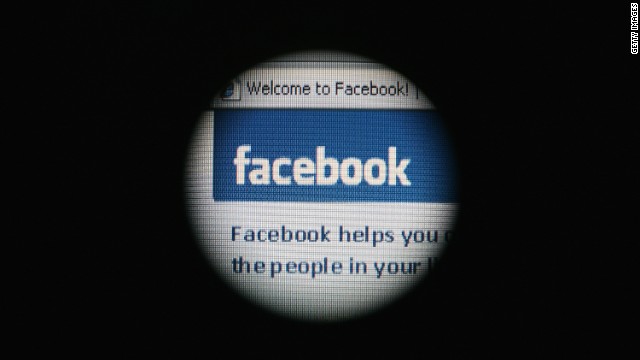 The largest social network in the world is the latest high-profile site to say it's been hacked this year - but it says no ndta about its more than a billion users was compromised.

Facebook described the "sophisticated attack" in a blog post on Friday, saying it took place in January when a small number of employees visited a compromised website that installed malware on their machines.

Twitter announced a similar intrusion earlier this month, and major news organizations including The New York Times, Wall Street Journal and Washington Post have also admitted to being hacked. 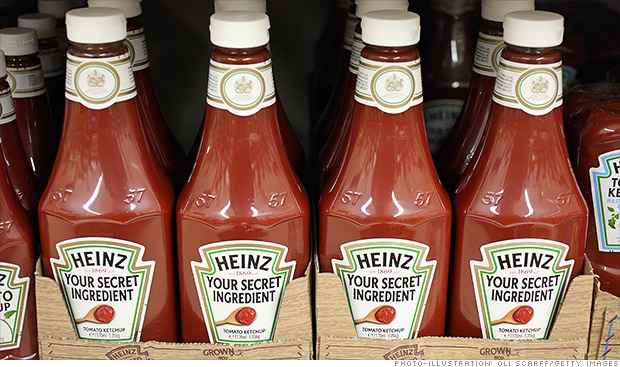 A tank storing radioactive waste at the Hanford Nuclear Reservation in southeast Washington is leaking liquids to the tune of 150-300 gallons per year, the governor said Friday.

"This is an extremely toxic substance and we have to have a zero tolerance policy for leaks of radioactive material into the ground, and potentially groundwater of the state of Washington," Gov. Jay Inslee told reporters.

He stressed the leak poses no immediate public heath risk, but said that fact should not be an excuse for complacence. 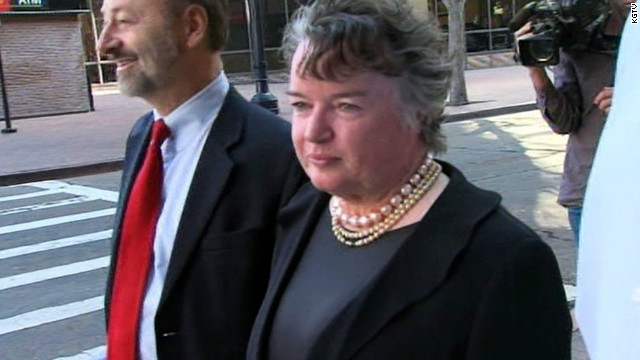 Ex-San Diego mayor: I took $2M from charity to fund $1B gambling habit

Former San Diego Mayor Maureen O'Connor allegedly told the IRS that she won $1 billion by gambling but lost even more over nine years. And when the losses piled up, she took a couple million dollars from her late husband's charity, prosecutors say.

O'Connor, the first woman mayor of San Diego, has acknowledged in court that she misappropriated more than $2 million from the foundation to fund her casino gambling habit. Her attorney said a brain tumor affected O'Connor's judgment at the time.

[Updated 8:20 p.m: To clarify the nature of the filed court document]

The formal charges of conspiracy, making false statements, and mail and wire fraud, were made public in federal court only days after Jackson had signed a plea deal with prosecutors who were investigating potential financial improprieties.

After the charges were filed Friday, Jackson issued a statement accepting responsibility for making mistakes and bad decisions. He did not dispute prosecutors' allegations.

Former U.S. Rep. Jesse Jackson Jr. and a co-conspirator have admitted to concealing about $750,000 in campaign funds for their personal use, according to a plea deal filed in federal court Friday.

Jackson, D-Illinois, admitted to conspiracy and other charges related to the misappropriated campaign funds, according to the court documents.

CNN reported last week that Jackson had signed a plea deal with prosecutors investigating potential financial improprieties, but the details of the alleged improprieties weren't then available.

Jackson, who represented Illinois' 2nd Congressional District beginning in 1995, resigned in late November after winning election to a tenth term in the House. He had not been seen in Washington or his district since last spring, and his office slowly revealed that he was receiving treatment for a mood disorder, depression and gastrointestinal issues at the Mayo Clinic in Minnesota.

Not even 24 hours after reaching land, a passenger on this week's infamously crippled Carnival cruise in the Gulf of Mexico has filed a lawsuit.

Passenger Terry Cassie of Texas has filed a lawsuit against Carnival in U.S. District Court in the Southern District of Florida. The suit describes Carnival's Triumph cruise ship as a "floating hell."

The Triumph was towed into port in Alabama late Thursday night, five days after it lost power in a engine-room fire. More than 3,000 passengers and 1,000 crew members lived in squalid conditions after the outage, with overflowing commodes splashing floors with waste as the ship listed, passengers reported. 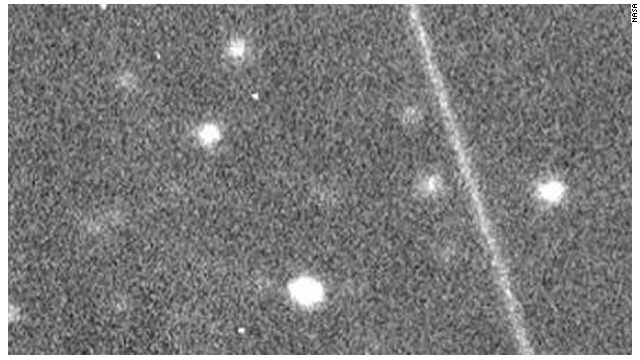 [Posted at 1:16 p.m. ET] Scientists say you don't have to worry about asteroid 2012 DA14 hitting Earth. But if you'd like to keep an eye on it as it makes an exceptionally close pass this afternoon, NASA has a camera for you.

The asteroid, thought to be 45 meters long - about half a football field - will come to is closest point to Earth at 2:24 p.m.come no closer than 17,100 miles from our planet's surface.

NASA has a camera trained on it. Watch it live here, and check out our live blog of the event.Â 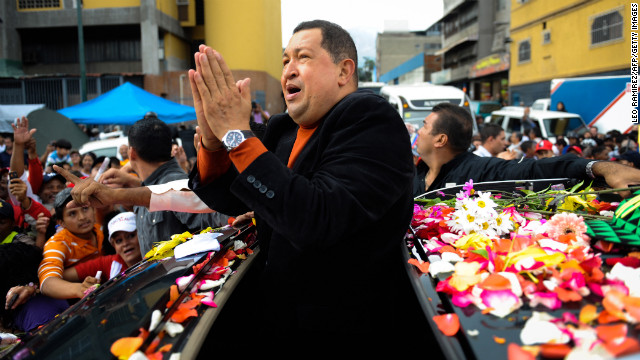 [Updated at 9:55 a.m. ET] The injury count in Friday's meteor blast over Russia is rising as the day goes on.

About 1,000 people - including 200 children - have been reported hurt by shockwaves or fragments from a meteor that exploded over central Russia, according to Russia's state-run RIA Novosti news agency. Most were hurt by broken glass, and about two-thirds of the injuries were very minor, RIA Novosti reported, citing the Chelyabinsk region's governor.

More than 250 buildings have sustained damage - mostly broken glass - as a result of the shock waves caused by the blast, said Vladimir Stepanov, of the National Center for Emergency Situations at the Russian Interior Ministry.

Of the hundreds, at least three were critically injured by broken glass, state-run RIA Novosti reported.

A bright white flash appeared in the sky for a few seconds, followed by a heavy "bang" that sounded like a blast, according to Russian News Agency Itar-Tass.

A grim-faced Pistorius, dressed in a dark suit, shook uncontrollably with his head buried in his hands during the hearing at a packed courtroom in Pretoria.

[Posted at 2:03 a.m. ET] He is a South African sports icon whose Olympic debut with artificial legs inspired the world and earned him the nickname "Blade Runner."

But on Friday, Oscar Pistorius arrived in court for a bail hearing in his model girlfriend's killing.

During the hearing, he will be officially named a suspect in the fatal shooting on Valentine's Day, which has shocked fans worldwide.

Police found Reeva Steenkamp in a pool of blood early Thursday in the runner's home at an exclusive gated community in the capital of Pretoria.

10:00 am ET - U.S. drone aircraft hearing - A House science subcommittee holds a hearing on the use of unmanned aircraft over U.S. airspace.

END_OF_DOCUMENT_TOKEN_TO_BE_REPLACED

Finally, after days of listing on a disabled Carnival cruise ship without electricity and working toilets, thousands of passengers finished disembarking early Friday morning at the Port of Mobile.

The frustration that many felt was typified by Janie Esparza, one of the first passengers to get back on land.

"It was horrible. Horrible," Esparza told a scrum of reporters. "The bathroom facilities were horrible and we could not flush toilets. No electricity and our rooms were in total darkness. Honestly, think that this ship should have ever sailed out."

In what's believed to be the first case of its kind, the same-sex spouse of a member of the military will be buried in a national cemetery.

"I am deeply grateful to my country for honoring and respecting my years of service and my relationship with Nancy, the love of my life," said retired Lt. Col. Linda Campbell, a veteran.

"Willamette National Cemetery is a beautiful, peaceful place. Knowing that Nancy and I can join my parents on that hallowed ground is a source of great comfort and healing," she said.

The cemetery is located southeast of Portland, Oregon.