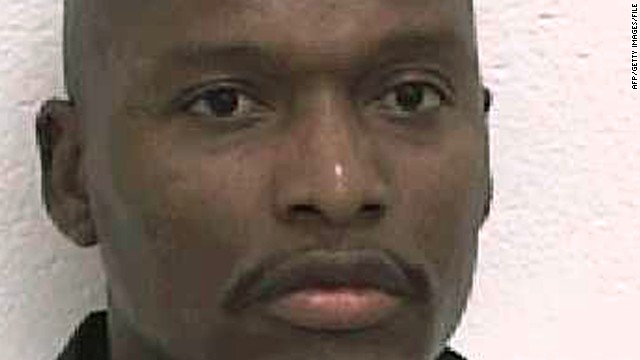 [Updated at 7:21 p.m. ET] A federal appeals court has granted a stay of execution to convicted killer Warren Lee Hill, who was to have been put to death at 7 p.m. Tuesday in a Georgia prison, a staff attorney for the Georgia Resource Center told CNN.

Hill's lawyers had argued that his IQ of 70 meant he should be spared under a 2002 decision that barred the execution of the mentally disabled.

[Updated at 6:54 p.m. ET] The U.S. Supreme Court has denied a stay of execution for convicted murderer Warren Lee Hill, who is slated to be executed at 7 p.m. Tuesday in Jackson, Georgia.

His defenders say he should be spared because he is mentally disabled. Georgia's Supreme Court denied a request for a stay earlier today.

[Updated at 5:02 p.m. ET] The Georgia State Board of Pardons and Paroles said it has denied the request for clemency from Warren Lee Hill. Hill is scheduled to die by lethal injection Tuesday for the 1990 killing of Joseph Handspike.

[Updated at 3:16 p.m. ET] In a 5-to-2 decision, Georgia's Supreme Court on Tuesday denied a stay of execution for convicted murderer Warren Lee Hill.

Hill, 53, is scheduled to be put to death at 7 p.m. by lethal injection at the Georgia Diagnostic and Classification Prison in Jackson.

Hill was convicted of beating fellow inmate Joseph Handspike to death in 1990 with a nail-studded board while already serving a life sentence in the 1985 killing of his girlfriend, Myra Wright.