Injuries after debris flies into stands

Debris flew into the stands, injuring some spectators, during a crash Saturday during the final turn of a NASCAR race at Daytona International Speedway.

The multi-car crash occurred near the end of the Nationwide Series race at the same Florida track where Sunday's Daytona 500 will be held.

The impact caused material to soar into various places, some of it reaching the second level of the stands about 20 feet up. An engine was among the parts that broke loose and plowed into the protective fence separating the track from spectators.

The three carcasses are among six flagged up by UK authorities earlier this month as having tested positive for the drug phenylbutazone, also known as bute, after they were shipped to France.

The faint traces of bute found in these carcasses "do not pose a risk to health," Agriculture Minister Stephane Le Foll said.

"We are busy cancelling all the social media sites for both Oscar's brother and his sister," said family spokeswoman Janine Hills.

Oscar Pistorius, the South African double-amputee track star, has been charged in the killing of his girlfriend and has been freed on bail.

Vatican denies rumors as pope prepares to step down

The Vatican sought Saturday to tamp down rumors involving sex, money and gay priests that have been swirling in the Italian media and have been linked by some to Pope Benedict XVI's decision to resign.

The strongly-worded denial came on the eve of the pope's last Angelus blessing, expected to draw huge crowds of the faithful, before he stands down on Thursday.

Vatican Secretary of State Tarcisio Bertone said it was "deplorable" that as the time for the Roman Catholic cardinals to elect a new pope approaches, a rash of "often unverified, unverifiable or completely false news stories" has appeared.

The name of the Facebook page matches the personality of its administrator: Courage for Tamaulipas.

Tamaulipas is the northeastern Mexican state that borders Texas, a diverse place whose reputation is overshadowed by violence carried out by rival drug cartels. Under threats from the drug gangs, many media outlets make the choice to self-censor and not cover the violence.

But reporting violence is precisely what Courage for Tamaulipas does. The Facebook page, which has reported on the region's violence for more than a year, will remain active despite a bounty put on the administrator, presumably by a cartel.

[10:22 a.m.] Authorities in Cambridge are now saying the situation is all clear.

Scene is clear. Call unfounded. No threat to public safety in #CambMA #MIT

[10:12 a.m.] Police in Cambridge, Massachusetts are checking out a report of an armed man at a building at the Massachusetts Institute of Technology. According to the school, the  man is carrying a long rifle and is wearing body armor.

The school urged people to stay indoors and take shelter as police investigate.

CNN is monitoring the story as it develops. Check back for details

In another plea for congressional action, President Barack Obama on Saturday warned of the pitfalls should a series of automatic, across-the-board spending cuts go into effect late next week.

The president faulted Republicans for not acting and urged lawmakers to avert the crisis by drawing up a deficit-reduction plan that has both spending cuts and revenue.

Rafi Kopelan is a typical 5-year-old. She's mastered Candyland. She's learning to read. Given a choice, she'd spend hours on the swings at the playground.

But unlike her classmates, Rafi's body is covered in blisters from her scalp to her feet. Her corneas are scratched. Her toes are fused together. And her esophagus is lined with so much scar tissue that she can barely swallow.

That's because Rafi was born with a rare connective tissue disorder called epidermolysis bullosa (EB). The genetic disease causes her skin to break down in response to the slightest friction. Even minor contact - the scratch of a fingernail, the tag on the back of her shirt - causes her skin to tear or to erupt in blisters, leaving 75% of her body covered in painful, open lesions.

Across Spain, ferment over poor economy

Tens of thousands of protesters are expected to turn out in towns and cities across Spain on Saturday to voice their anger over harsh austerity and the way the country's being run in the wake of its financial crisis.

Madrid, Barcelona, Seville and Zaragoza are just a handful of the cities where big crowds are expected to join the mass demonstration, dubbed the "Marea Cuidadana" (Tide of Citizens).

Members of workers' unions and civil society groups are joining forces to swell their numbers.Organizers are using the hashtags #MareaCiudadana, #F23 and #YoVoy23F on Twitter to help protesters link up ahead of the marches.

The country's unemployment rate stands at 26% - its highest level ever - and the situation is even worse for young people, with more than 55% of 16- to 24-year-olds out of work. With no income, many Spaniards are finding themselves unable to afford the mortgage payments on homes that are no longer worth the prices paid for them. 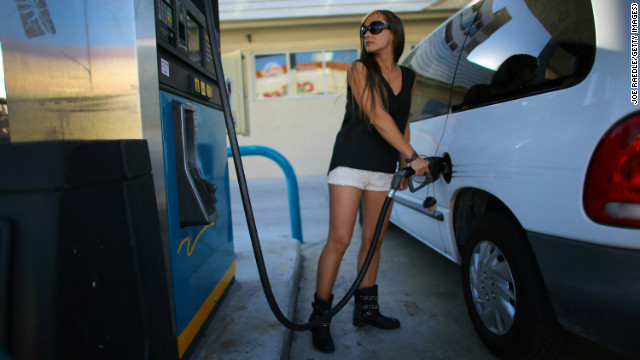 The national average price for regular unleaded gas dropped on Saturday by a 10th of a cent, snapping a streak of 36 consecutive daily increases, AAA reported.

Though customary, the stark posturing by the North stands in the shadow of an underground nuclear test two weeks ago, which was preceded by the launch of a long-range missile capable of transporting a warhead.

Pakistani authorities arrested the leader of an outlawed Sunni militant group believed to be behind a suicide bombing at a marketplace that left dozens dead, a senior police official said.

Malik Ishaq, the leader the al Qaeda-linked Lashkar-e Jhangvi, was taken into custody Friday at his home in Rahim Yar Khan in the Punjab province, police official Ishfaq Gujar said.

Police did not outline the charges against Ishaq, but said it was part of a crackdown on the group.

A Somali terror leader implored his fellow countryman in California to send money 'to finance jihad," triggering a chain of events that ended with four convictions.

U.S. government agents recorded dozens of such calls a few years ago, according to the Department of Justice.

And on Friday, prosecutors played them to jurors in San Diego, who found four Somali nationals guilty of supporting terrorism in their native country.

Donations pour in for homeless man who returned diamond ring

Well-wishers from around the world are opening their wallets to a homeless man who returned a diamond engagement ring to its rightful owner, after she accidentally dropped it in his donation cup.

"I actually feel like I'm especially lucky to have this ring now. I loved it before. I loved it so much, but I love it so much more now. I feel like it has such great karma," Sarah Darling told CNN's "Starting Point with Soledad O'Brien."