The Biden administration will extend existing rules for travelers to wear masks on airplanes, buses, trains and boaātwitter.com/i/web/status/1ā¦f9

Democrat Stacey Abrams said Wednesday she is running for governor in Georgia, setting up a possible rematch with GOātwitter.com/i/web/status/1ā¦bm

The suspect in the deadly Michigan high school shooting is identified and is being charged as an adult on terrorismātwitter.com/i/web/status/1ā¦ar 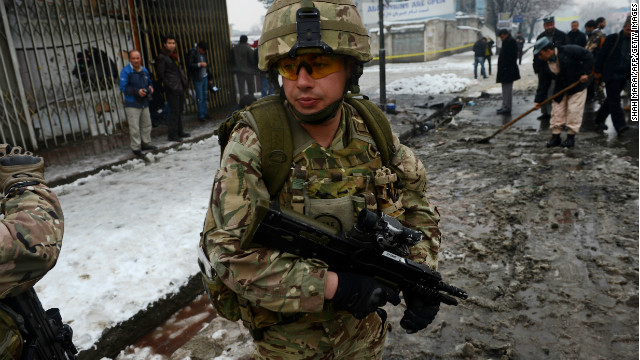 An ISAF soldier stands at the scene of an attack against a bus carrying Afghan army personnel in Kabul on Wednesday.
February 27th, 2013
05:01 AM ET

In addition to the officers at a police outpost in Ghazni province, seven of their friends and relatives who were spending the night were also killed, provincial Gov. Musa Khan Akbarzada said.