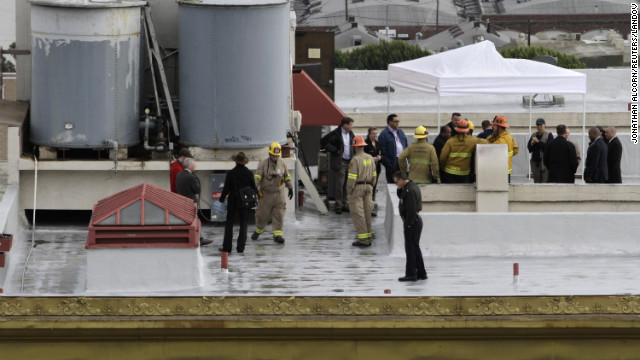 Two former guests have filed suit against the Cecil Hotel in Los Angeles, where the body of a 21-year-old woman was found in mid-February in a rooftop water tank.

Elisa Lam's decomposing body floated inside a water tank for as long as 19 days while guests used water from it to brushed their teeth, bathe and drink.

The hotel did not immediately return a call seeking comment.

Lawrence Reed faces a murder charge in the death of Marco McMillian, a mayoral candidate in Clarksdale, Mississippi, according to the Coahoma County Sheriff's Office. 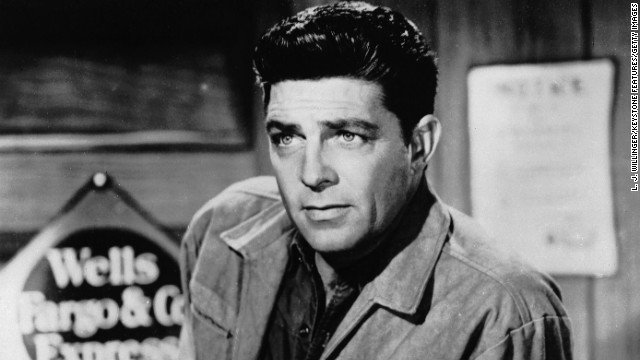 Somalia's president intends to offer partial amnesty to boys involved with pirate groups, a move designed to curb attacks on shipping off the Horn of Africa, his office says.

"We have been negotiating with pirates indirectly through the elders to see if we can organize a partial amnesty for the young boys lured in this criminal activity," Somali President Hassan Sheikh Mohamud said in a statement released by his office Thursday. 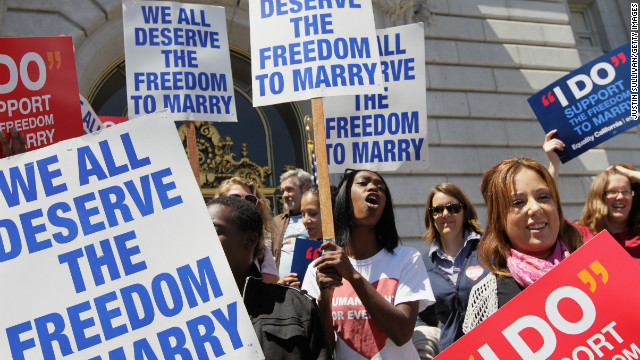 [Updated at 2:10 p.m. ET] Uniformed police officers have now taken over the task of guarding the pope emeritus. When his papacy ended 10 minutes ago, Swiss Guards left their posts, closed the doors of Castel Gandolfo, and hung up their halberds.

[Updated at 2 p.m. ET] The papacy of Benedict XVI is now officially over, ending a pontificate in retirement rather than death for the first time in nearly 600 years.

END_OF_DOCUMENT_TOKEN_TO_BE_REPLACED

The parents of a transgender girl rejected a central argument Thursday from the school that won't allow their child to use the girl's restroom.

"They're punishing a 6-year-old for something that hasn't happened and may not happen," said Kathryn Mathis, mother of 6-year-old Coy Mathis, who was born with a boy's body but identifies as a girl. ¬ÝMathis and her husband Jeremy, sitting alongside their daughter, spoke with CNN's "Starting Point."

The Colorado school, in a December letter to the parents, said that "as Coy grows older and his male genitals develop along with the rest of his body, at least some parents and students are likely to become uncomfortable with his continued use of the girls' restroom."

A legal fund has field suit on the family's behalf, putting Colorado's anti-discrimination law to a new test.

A 6.9 magnitude earthquake has been reported in the Pacific Ocean off the coast of far eastern Russia, the U.S. Geological Survey said Thursday.

The location is near the Kuril Islands, more than 50 miles southeast of Ozernovskiy, Russia.

Vatican magistrates may have authorized the tapping of two or three telephone lines during the investigation into leaks from the pope's private apartments, a Vatican spokesman said Thursday.

The Rev. Federico Lombardi was responding to a report in the Italian weekly magazine Panorama claiming that there had been a large-scale wiretapping and surveillance operation during the investigation. He denied there had been "a massive" operation on the scale reported by the magazine, saying there was "no foundation" for the article.

If there was any wiretapping or surveillance, "it's a very small process," Vatican spokesman the Rev. Thomas Rosica said. Both spokesmen denied that the operation had been ordered by the three cardinals commissioned to write a report into the scandal, saying that if it had happened, it was ordered by magistrates.

$85 billion in automatic across-the-board spending cuts will happen unless President Obama and Congress reach a deal by tomorrow.¬Ý Watch CNN.com Live for continuing coverage on this story.

END_OF_DOCUMENT_TOKEN_TO_BE_REPLACED

It was a winter weather tale as old as, well, modern time: car vs. the snow plow.

"There's our friend and our nemesis, the plow. Ugh," said David Bradley, whose car was buried Wednesday by a plow clearing streets in Toronto, Canada.

Forty-five minutes later, he was still trying to dig out his car from a fierce snowstorm that paralyzed parts of the United States and Canada, leaving hundreds of thousands with out power and stranding thousands more.

Similar scenes were playing from Wisconsin to Michigan, from Kansas to Texas, as thousands began digging out from a storm that began last Sunday as a blizzard in the Great Plains.

When night falls Thursday over Vatican City, there will be no pope in residence.

After nearly eight tumultuous years at the head of the world's 1.2 billion Catholics, Benedict XVI has made the almost unprecedented decision to stand down.

That resignation, which takes effect at 8 p.m. local time (2 p.m. ET), opens up the prospect of unforeseen opportunities and challenges for the Roman Catholic Church.

As Benedict closes the door behind him, many are wondering whether a new pontiff will choose to lead the church in a different direction - and can lift it out of the mire of scandal that has bogged down this pope's time in office.

It all started with a simple phone call.

But the result, Australian police say, is by far their largest seizure of methamphetamine - as much as $450 million (438 million Australian dollars) worth of the destructive drug, shipped from southern China and caught in Sydney.

Police have arrested three men in the operation - an Australian, a Singaporean and a Hong Kong citizen - and say they believe the bust has thrown a major international crime syndicate into disarray. More arrests could follow, they add.

Some residential and commercial agents said ChatGPT has already changed the way they work, from writing listings an‚Ätwitter.com/i/web/status/1‚Ä¶AE
cnni

9:30 pm ET January 28, 2023 RETWEET
At least two people were killed, and more than 300 injured when a 5.9 magnitude earthquake struck Iran on Saturday‚Ätwitter.com/i/web/status/1‚Ä¶ZI
cnni

Some residential and commercial agents said ChatGPT has already changed the way they work, from writing listings an‚Ätwitter.com/i/web/status/1‚Ä¶AE
cnni

9:30 pm ET January 28, 2023 RETWEET
At least two people were killed, and more than 300 injured when a 5.9 magnitude earthquake struck Iran on Saturday‚Ätwitter.com/i/web/status/1‚Ä¶ZI
cnni