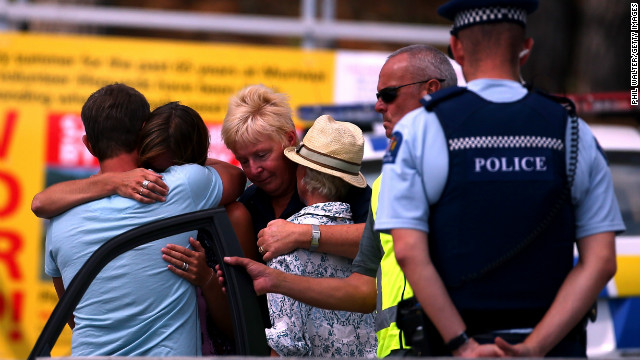 A wimmer  in New Zealand died Wednesday after he was attacked by a great white shark on the country's west coast, authorities said.

The man was found dead in the water on Wednesday afternoon at Muriwai beach, about 25 kilometers (15 miles) west of Auckland, New Zealand police said. The shark was still biting the man's body when he was found, it added. 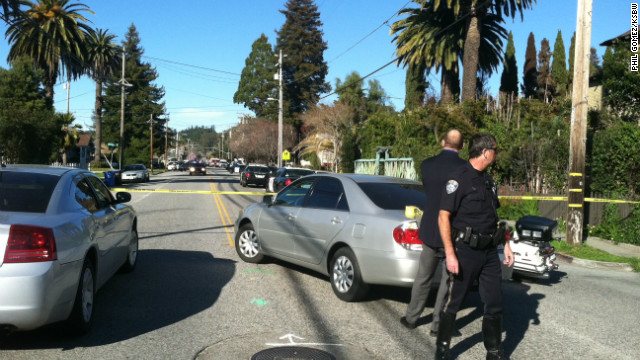 Police arrive on the scene in the aftermath of the shooting Tuesday of two police officers in Santa Cruz, California.
February 26th, 2013
10:07 PM ET

Police were searching for whoever shot an individual Tuesday night on the campus of Coastal Carolina University in Conway, South Carolina.

The incident took place at 7:22 p.m. at University Place Apartments, which is one of the school's residence halls, Doug Bell, a school spokesman, told CNN.

The suspected shooter left in a vehicle, said Bell, who added that the school was asking students and university personnel to stay inside.

The victim was taken to Grand Strand Regional Medical Center in Myrtle Beach, he said.

"The shooting is not ongoing," the dean of students' Twitter page said. "Police continue to search for one suspect. Stay indoors."

More than 9,000 students attend the school, which is located on 630 acres about 15 miles northwest of Myrtle Beach.

An American couple that had gone missing in Peru has been found safe, Peru's Ministry of Tourism and Commerce told CNN Tuesday.

Jamie Neal and Garret Hand, both 25 and from the San Francisco area, left the United States last November and chronicled their trip through South America on social media until last month.

That's when their Internet postings stopped and calls to their cell phones went unanswered. A spokesman for Peru's Ministry of Commerce and Tourism told CNN the couple, located in the Amazon region of Peru, told authorities they had no idea their families considered them missing. 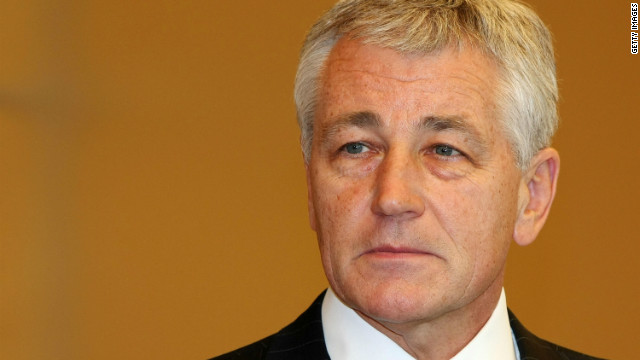 The embattled nomination of Chuck Hagel as U.S. defense secretary cleared a Senate test vote Tuesday, breaking Republican attempts to delay consideration further and setting up what is expected to be a final vote in favor of his confirmation later in the day.

Hagel's nomination has been subject to harsh criticism from some Republicans over past statements on sensitive political and national security matters. A shaky performance at his Senate confirmation hearing and subsequent political wrangling over his selection and on unrelated matters have not helped his case.

The U.S. Immigration and Customs Enforcement is releasing "several hundred" people out of U.S. detention facilities to other "less costly" forms of supervision because of potential forced budget cuts set to kick in on Friday, the agency said Tuesday.

The Senate Finance Committee has approved the nomination of former White House Chief of Staff Jack Lew to be treasury secretary.

The nomination of Lew (pictured) now goes to the full Senate for approval. 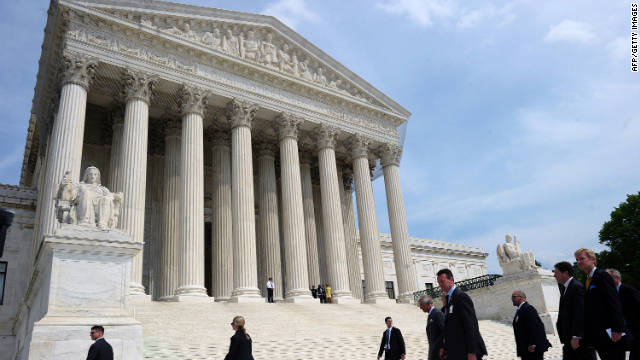 The U.S. Supreme Court has just blocked a lawsuit over the federal government's sweeping electronic monitoring of foreigners suspected of terrorism or spying.

The 5-4 conservative majority on Tuesday morning concluded that the plaintiffs - a group of attorneys, journalists and others - lacked "standing" or jurisdiction to proceed, without a specific showing they have been monitored. The National Security Agency has in turn refused to disclose monitoring specifics, which detractors call "Catch-22" logic.

[Updated at 10:05 a.m.] The Midwest's second blizzard in as many weeks has contributed to the deaths of at least three people, officials say.

Gobs of wet, heavy snow plopped to the ground early Tuesday in the Kansas City area along the Kansas and Missouri border in what the National Weather Service called a "crippling, historic blizzard." The storm could bring up to 18 inches of snow to parts of Kansas, Missouri and Illinois a day after plastering Oklahoma and Texas.

One person died in Woodward, Oklahoma, when a roof collapsed, the city's mayor said. The other two deaths came in Kansas on Monday in separate weather-related accidents on Interstate 70, the Kansas National Guard said.

$85 billion in automatic across-the-board cuts will happen unless President Obama and Congress come to an agreement by March 1.  Watch CNN.com Live for continuing coverage on this story.

10:00 am ET - Ben Bernanke on Capitol Hill - Federal Reserve Chairman Ben Bernanke is slated to discuss the economy and U.S. monetary policy before a Senate committee today, but he may also discuss the threat of forced spending cuts.

END_OF_DOCUMENT_TOKEN_TO_BE_REPLACED 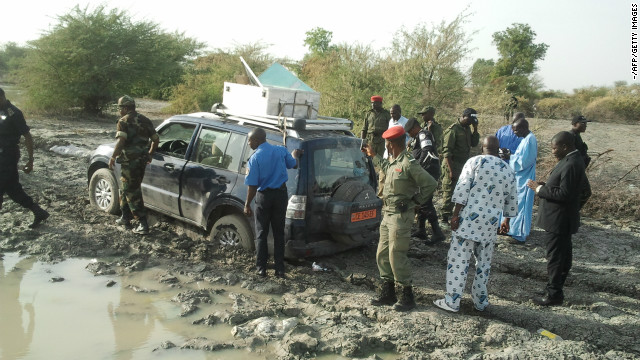 Two women administering the shots entered a house on the outskirts of Mardan when two assailants on a motorbike opened fire of them, according to Danishwar Khan, a local police official.

Attacks like these have become a frequent occurrence in some parts of Pakistan and have left 10 workers dead.