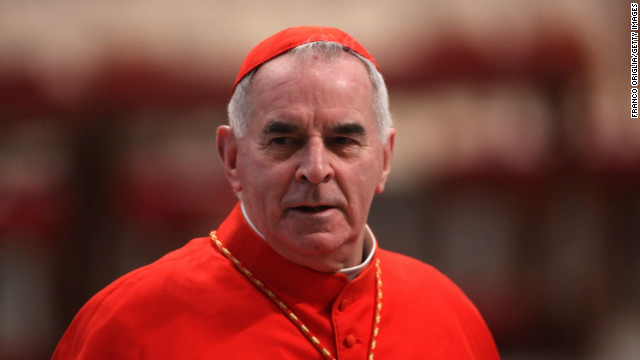 Cardinal Keith O'Brien of Scotland, who has been dogged by allegations he abused four men studying to be priests in the 1980s, said in a statement Sunday that "there have been times that my sexual conduct has fallen below the standards expected of me as a priest, archbishop and cardinal."

O'Brien, who resigned last month, did not explicitly state what he had done or what allegations against him are true. "In recent days certain allegations which have been made against me have become public. Initially, their anonymous and non-specific nature led me to contest them," he said in the statement.

He apologized "to those I have offended" and to "the Catholic Church and people of Scotland."

More than half of the 22, billion-dollar weather disasters in 2020 were due to severe storms, which spawned deadlyâ€twitter.com/i/web/status/1â€¦Ky
CNNweather

10:49 am ET January 16, 2021 RETWEET
RT @JaredPushner: The guy posting crazy threats on parler has been arrested. Remember the "Colonel"? Well he wasn't a colonel. In fact, heâ€¦
sarasidnerCNN

10:45 am ET January 16, 2021 RETWEET
@BillWeirCNN The last time I packed armor was just a few weeks ago in America. Itâ€™s insane
sarasidnerCNN