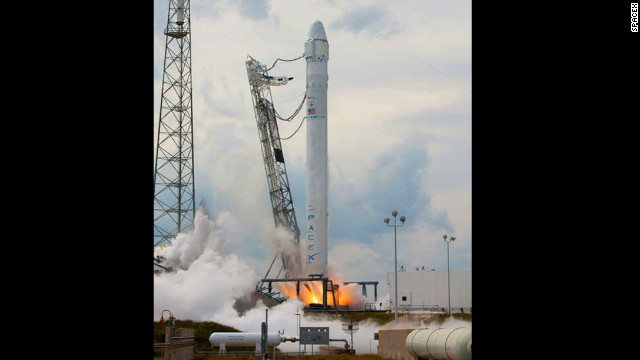 Shortly after the capsule separated from its rocket, SpaceX determined three of the capsule's four thruster pods - which it would use to reach the station - weren't operating. The problem appeared to be "an issue with a propellant valve," SpaceX spokeswoman Christina Ra said.

The company said the problem appeared to be fixed by Friday afternoon.

The supply mission is SpaceX's second of a planned 12 under a contract with NASA.

SpaceX became the first private company to deliver supplies to the station on NASA's behalf in October.

NASA chose SpaceX's Falcon 9 launch vehicle and the Dragon spacecraft to resupply the space station in 2008. The space agency has retired its fleet of space shuttles and plans to turn much of its focus toward exploring deep into the solar system.