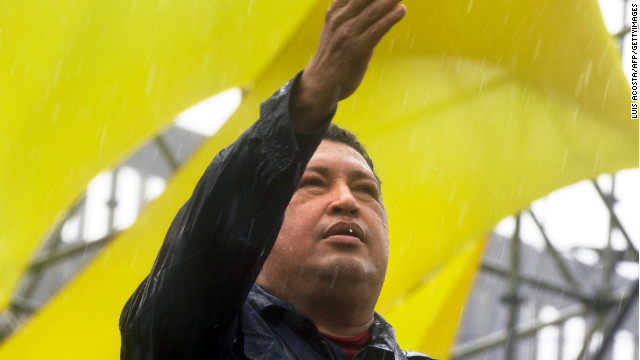 Villegas reported Chavez is battling a new and "severe" infection and that his overall state remains "delicate."

The president, who announced his cancer diagnosis in 2011, spent more than two months in treatment in Cuba and has suffered respiratory insufficiency.

The government has never specified what kind of cancer Chavez has.

Last Friday, Vice President Nicolas Maduro said that Chavez is "fighting for his life." The president began chemotherapy after his fourth cancer surgery in Cuba in December, and he is continuing the "intense" treatment at a military hospital in Caracas, according to Maduro.