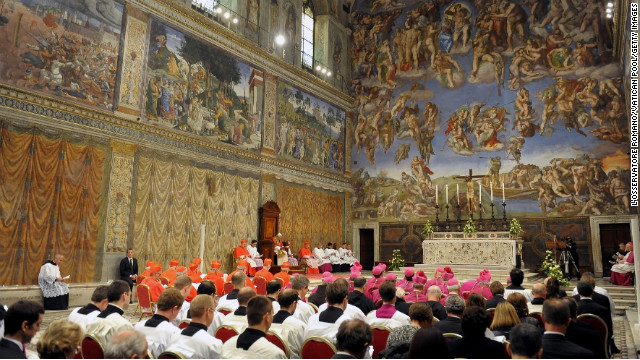 The Sistine Chapel is closing to the public Tuesday afternoon so that Catholic officials can prepare for an eventual conclave to elect a new pope, the Vatican announced.

Catholic cardinals have yet to announce when the conclave to elect Pope Benedict XVI's successor would start. On Monday they began a series of meetings designed to, among other things, decide when the conclave will begin. They were due to continue these meetings, known as General Congregations, Tuesday and Wednesday.