A fire swept through a single-story, wood-frame house in rural Kentucky on Saturday, killing seven people.

The victims included a woman who was 12 weeks pregnant and children ranging in age from 3 years to 8 months.

Sgt Jimmy Young with the Kentucky State police said no foul play is suspected in the house fire in Gray. 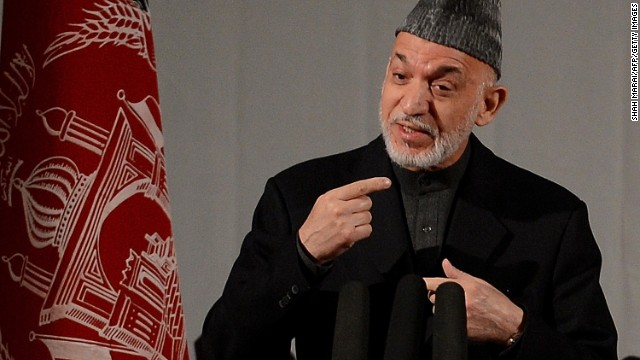 Afghan President Hamid Karzai made his comments Sunday in Kabul at a gathering to mark International Women's Day.
March 10th, 2013
11:42 AM ET

Afghan President Hamid Karzai took aim at both the Taliban and the United States on Sunday in remarks likely to sour his already strained relations with Washington during a visit by U.S. Defense Secretary Chuck Hagel.

A deadly blast Saturday in the Afghan capital, Karzai said, showed that the "Taliban are serving the foreigners and are not against the foreigner."

The Taliban claimed responsibility for Saturday's attack at the Afghan Ministry of Defense in Kabul, which killed at least nine people and wounded 14 others. A Taliban spokesman expressed pleasure with Hagel's proximity at the time, calling the attack "a message to him."

NATO's International Security Assistance Force rejected suggestions that the Taliban even knew of Hagel's trip when they planned the operation. 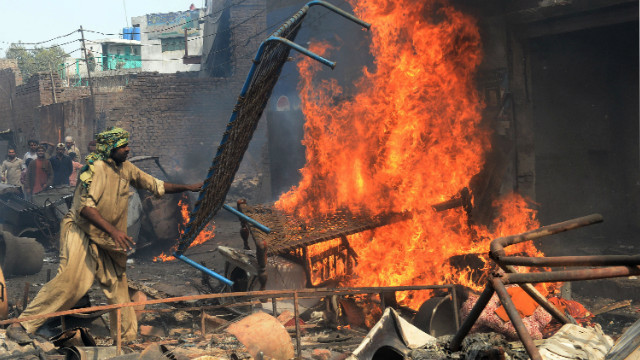 Outraged Pakistani Christians took to the streets of Lahore on Sunday, protesting a rash of violence against their community over the weekend.

Demonstrators denounced the burning of more than 100 homes of Christians on Saturday - a spree spurred by allegations that a Christian man made remarks against the Muslim prophet Mohammed.

Aung San Suu Kyi won re-election Sunday as the opposition leader in Myanmar at a gathering of opposition members in Yangon.

It was the first conference of opposition members in 25 members, and is another indication of the military junta loosening its reins and allowing such a gathering.

One hundred and twenty members of the National League for Democracy voted for Suu Kyi on the third day of the party's meeting. 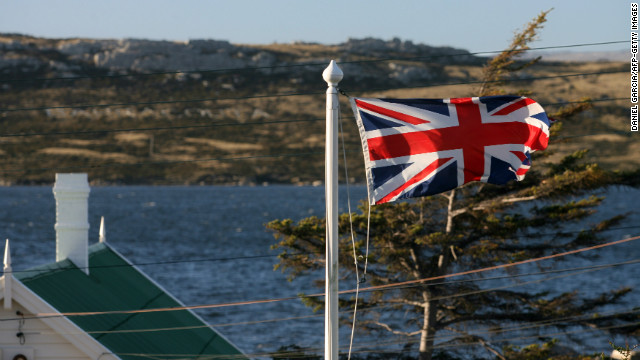 The referendum in the Falklands is supported by the British government. Above, the Union Jack files over Stanley in 2007.
March 10th, 2013
03:05 AM ET

People living in the Falkland Islands are voting in a referendum on their political status on Sunday and Monday at a time of heightened tensions between Argentina and Britain over their sovereignty.

The two countries went to war over the territory, known to the Argentinians as Las Malvinas, in 1982 after the then-military government in Argentina landed troops on the islands.

After a series of problems that included a police officer using a racial slur, the new police chief in a Tennessee town is trying to clean up his department's image by requiring all applicants to take a polygraph test.

"I felt that it would help me to select people with good moral character to be police officers," Chief Shane Sullivan told CNN on Saturday. "The town's had enough bad happen to it, and I want to rebuild the department and give them professional law enforcement."

Astronomers have discovered two giant radio galaxies, which are some of the largest-known objects in the universe.â€twitter.com/i/web/status/1â€¦an
cnni

8:01 am ET January 24, 2021 RETWEET
CNNâ€™@camanpourur remembers the legendary Larry King: â€śHe was the ultimate master of the interviewtwitter.com/i/web/status/1â€¦uEs6SqR7
cnni

6:06 am ET January 24, 2021 RETWEET
As horrible as the pandemic has been for small business owners, for some it has also shown in spades the compassionâ€twitter.com/i/web/status/1â€¦hH
cnni

4:00 am ET January 24, 2021 RETWEET
To save their planet, we have to kill their jobs. CNN contributor John Sutter asks: In the fight against the climatâ€twitter.com/i/web/status/1â€¦u6
cnni

3:00 am ET January 24, 2021 RETWEET
France has passed a law protecting the "sensory heritage" of its rural areas, in the face of complaints about the nâ€twitter.com/i/web/status/1â€¦JQ
cnni