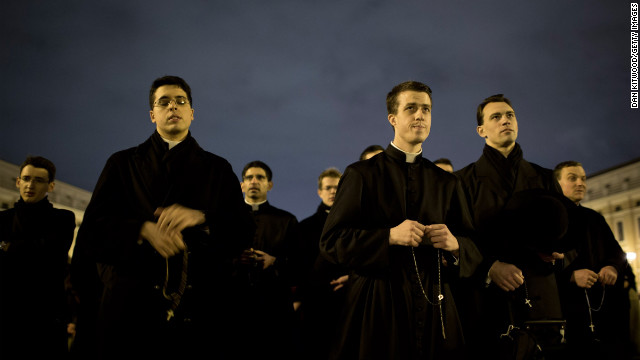 Preparations, both spiritual and practical, neared completion at the Vatican on Monday, where Roman Catholic cardinals will gather to begin the process of selecting the next pope.

The conclave - the secret papal election - begins Tuesday in the Sistine Chapel, which has been closed to the public while Vatican staff readied the ornately decorated vestry for deliberations.

The first public signs of preparations appeared over the weekend as workmen scaled the roof of the chapel on Saturday to install the chimney which will release the black or white smoke that signifies whether a new pope has been elected.

The Arc de Triomphe has been covered in 270,000 square feet of silver fabric. Here's why: cnn.it/3lxr09Y https://t.co/kLqivr5RPj
cnni

4:39 pm ET September 17, 2021 RETWEET
JUST IN: Vaccine advisers to the US FDA have voted unanimously to recommend emergency use authorization of a boosteŌĆtwitter.com/i/web/status/1ŌĆ”LG
cnni

4:38 pm ET September 17, 2021 RETWEET
JUST IN: The French government has immediately recalled its ambassador to the US for consultation in response to thŌĆtwitter.com/i/web/status/1ŌĆ”48
cnni