U.S. to beef up missile defense

The United States will deploy additional ground-based missile interceptors as part of efforts to enhance the nation's ability to defend itself from attack by North Korea or Iran, Defense Secretary Chuck Hagel announced Friday.

Still relatively new in his post, the Pentagon chief told reporters that 14 additional interceptors would bring the total to 44. He said the expansion should be completed by 2017.

Part of the move would involve reopening a missile field at Fort Greely, Alaska, Hagel said. 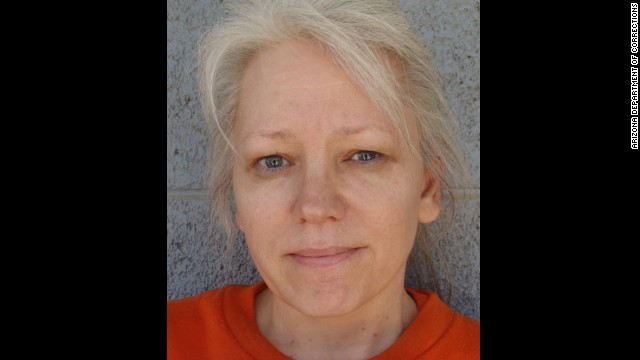 Arizona will appeal a judge's decision to overturn the murder conviction and death sentence of Debra Milke, the state's attorney general announced Friday.

A jury convicted Milke of murder, conspiracy to commit murder, child abuse and kidnapping on October 12, 1990, less than a year after her 4-year-old son was found dead. She was sentenced to death a few months later.

A Maryland man recently died of rabies that he contracted from a tainted organ he received in a transplant operation more than a year ago, the Centers for Disease Control and Prevention said Friday.

Health care teams are now giving anti-rabies shots to three other patients who received organs from the same donor as the Maryland man, the CDC said.

Conservatives are gathering in Maryland for the annual Conservative Political Action Conference.Â  Watch CNN.com Live for gavel-to-gavel coverage of the gathering.

12:30 pm ET - Jodi Arias murder trial - A special Friday session of the trial will be a hearing regarding the testimony of a defense witness.

Portman told CNN's Dana Bash that after his 21-year-old son came out two years ago, he came to the conclusion that same-sex marriage "is something that we should allow people to do."

About 300 rebel fighters received specialized training in Jordan in the use of various weapons, including anti-tank, anti-aircraft and other types of advanced systems, the spokesman said.

A group of farmers is on its way to tend to crops. Suddenly, a missile slams into its midst, thrusting shrapnel in all directions.

A CIA drone, flying so high that the farmers can't see it, has killed most of them. None of them were militants.

It's a common scenario, a United Nations human rights researcher said Friday in a statement on drone strikes in Pakistan's tribal region of North Waziristan.

Pope Francis meets with all the cardinals

After the pomp and activities surrounding his election as pontiff, Pope Francis may get his first quiet day Friday when he meets with familiar faces - all the cardinals.

The meeting in the late morning is the only event on his calendar for the day.

He can likely use some rest before Tuesday, when St. Peter's Square will again bustle with followers and admirers for the official Mass to inaugurate him as the Bishop of Rome.

You probably recognize Sen. Rob Portman from his tireless campaigning for Mitt Romney in 2012. He was even on the short list to be Romney's running mate.

He's been a leading Republican voice on economic issues for four decades.

Now, the prominent Ohio conservative will be known for something else: reversing his hardline position against gay marriage.

He invited CNN to his Senate office to reveal the news.

"I'm announcing today a change of heart on an issue that a lot of people feel strongly about that has to do with gay couples' opportunity to marry," Portman told CNN.

It has to do with another revelation, one deeply personal. His 21-year-old son, Will, is gay.

Make that 4: Nightmare for Carnival line

First it was Triumph, then Elation, Dream and now Legend.

While they are happy names for cruise ships, some passengers say they've had experiences recently that belie those names.

In yet another setback, Carnival Cruise ship Legend is having technical difficulties that are affecting its sailing speed, the travel company said.

The Legend, which was on the last leg of a seven-day Caribbean cruise that departed Tampa on Sunday, now becomes the latest in a growing list of Carnival woes. Within a span of a month, three other Carnival Cruise ships have reported problems.

An incident at a stage being set up for a weekend music festival injured at least two people in Miami on Thursday night.

But a spokeswoman for the music festival where the stage was being installed said that fewer were injured and that the stage did not collapse.