Fire that destroyed dozens of cabins in Tennessee is contained

The fire is contained to about 5 acres, and all crews have been sent home except for about eight people who will monitor hot spots, the agency told CNN affiliate WATE.

[Original post, 12:57 a.m] The National Guard will fly in two helicopters Monday to help battle a massive wildfire that has damaged more than 30 cabins in Pigeon Forge, a mountain resort city in Tennessee.

While the state Emergency Management Agency had not received reports of casualties, the fire prompted the evacuation of about 150 people.

The area is home to rental cabins with some permanent residences

The FBI said Monday it believes it knows who was behind one of the most significant art heists in the United States - the 1990 theft of 13 precious works, once valued at $500 million, from Boston's Isabella Stewart Gardner Museum.

A couple of catches in the announcement: The FBI didn't reveal the suspects' names, and the artwork still hasn't been recovered. But the FBI said the suspects "are members of a criminal organization with a base in the mid-Atlantic states and New England."

Two Syrian jets fired three rockets that hit empty buildings near the Lebanese town of Arsal near the Syrian border Monday, a local source said. There were no injuries, according to the source.

This latest violence comes as the Syrian conflict enters its third year. The unrest started in March 2011 when President Bashar al-Assad's government launched a fierce crackdown on protesters. The discontent evolved into a full-blown civil war that has left more than 70,000 dead and more than 1 million refugees.

A former federal prosecutor and an official in his home state of Maryland, Perez was sworn in to his current post in October 2009.

CNN's Jessica Yellin reported earlier this month that Obama would name Perez to the Cabinet position.

"America is at its best when we champion the freedom and dignity of every human being," Clinton said in a video produced by the Human Rights Campaign.

At least 10 people were killed and 15 wounded in a suicide bombing of a bus outside the National Theatre in the Somali capital of Mogadishu on Monday, the prime minister's office said.

A suicide bomber drove a car with explosives into the bus, according to the office of Prime Minister Abdi Farah Shirdon.

The murder trial of Jodi Arias has captivated many.Â  Watch CNN.com Live for gavel-to-gavel coverage of the trial.

11:00 am ET - 'March Madness' briefing - It's that time of the year where some workers slack off, take sick days and schedule vasectomies.Â  It's the NCAA Men's Division I college basketball tournament, and this year's "Final Four" takes place in Atlanta.Â  Officials from the city and Turner Broadcasting discuss festivities surrounding the games.

END_OF_DOCUMENT_TOKEN_TO_BE_REPLACED

A body with a self-inflicted gunshot wound was found along with a bag of explosives in a dormitory room at the University of Central Florida early Monday, prompting officials to cancel classes at the main Orlando campus until at least noon, a school spokesman said.

Police made the discovery shortly after 12:20 a.m., after a fire alarm sounded at the Tower 1 dorm and someone called 911 about a person with a gun there, school spokesman Grant Heston said. Officers entered the dorm and found a male dead of a self-inflicted gunshot wound in a bedroom, Heston said.

The spectacular, airborne escape of two Canadian inmates Sunday stunned witnesses and showcased the illicit ingenuity behind one of the more creative styles of prison breaks.

But while astonishing, helicopter escapes are not unheard of. For decades, crafty inmates have fled into the sky - some with more success than others.

The United States' plans to beef up its missile defenses against North Korea are likely to inflame tensions that are running high over Pyongyang's nuclear program, China said Monday.

"Bolstering missile defenses will only intensify antagonism, and it doesn't help to solve the issue," Hong Lei, a spokesman for the Chinese Ministry of Foreign Affairs, said at a regular news briefing in Beijing.

Even by dramatic jailbreak standards, this escape was particularly brazen.

Two men posing as tourists reportedly commandeered a helicopter from a Canadian tour company, ordered the pilot to fly over a detention center near Montreal, hoisted two inmates using cables or ropes into the hovering aircraft - and zipped away.

All in broad daylight. All in full view of incredulous witnesses. 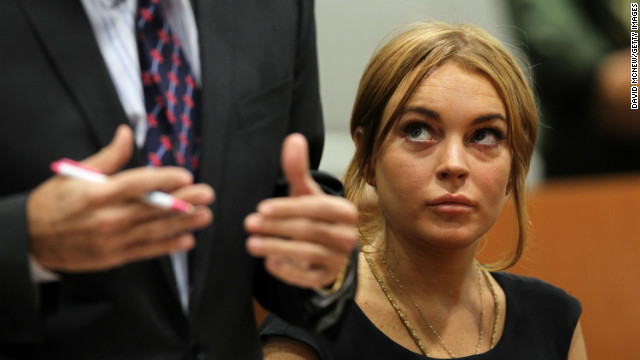 The Vatican has sought to quell controversy over Pope Francis' conduct during Argentina's so-called Dirty War, amid accusations that he could have done more to protect two Jesuit priests who were kidnapped.

A meeting on the pope's agenda on Monday may be another sign that he's trying to put the past behind him. Argentine President Cristina Fernandez de Kirchner is scheduled to meet with Francis in the afternoon.

Investigators have also recovered valuables stolen from the woman and her husband during the attack, Inspector-General S.M. Afzal said.

ne of Saudi Arabia's most prominent and popular clerics has issued a stark warning to the Saudi government, saying it must take serious steps toward instituting reform, stamping out corruption and releasing political detainees "before violence is kindled"

In an open letter published online over the weekend, Salman Al-Oadah described a rising tide of anger in the deeply conservative kingdom, writing that "negative feelings have been accumulating for a long time" in Saudi Arabia.