The North Korean military on Thursday issued a fresh burst of ominous rhetoric, warning that U.S. bases in Guam and Japan are within its "striking range."

The statement from the Supreme Command of the Korean People's Army, carried by the North's state-run news agency, follows the announcement by the United States this week that its B-52 bombers were making flights over South Korea as part of military exercises.

The suspected cyber attack that appeared to target South Korean banks and broadcasters Wednesday originated from an IP address in China, South Korea's Communications Committee said in a statement Thursday.

The attack damaged 32,000 computers and servers of media and financial companies, the committee said.

South Korean officials are analyzing the cause and are working to prevent any further damage, the committee said.

The attack infected banks' and broadcasters' computer networks with a malicious program that slowed or shut systems down, officials and the semiofficial Yonhap News Agency said.

The U.S. Marine Corps has released the identities of the seven Marines killed in Monday's explosion at the Hawthorne Army Depot in Nevada. They are:

The cause of the Monday night blast was a 60 mm round that detonated inside a mortar tube, Brig. Gen. James W. Lukeman, commanding general of the 2nd Marine Division, told reporters.

The Marines said in a statement Tuesday evening that all 60 mm mortar rounds and tubes used to fire them are being pulled pending an investigation.

The judge in the court-martial of an Army psychiatrist charged in a deadly shooting spree on a Texas military base rejected three options presented by his lawyers under which he would plead guilty and ordered the trial to begin in May.

Maj. Nidal Hasan is charged with killing 13 people at Fort Hood in November 2009, called the worst incident of its kind on a military base. 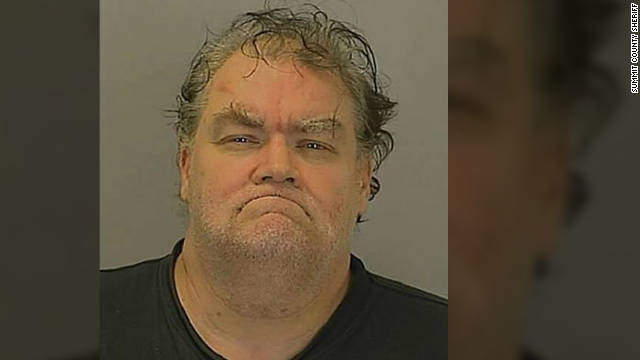 A jury on Wednesday unanimously recommended Richard James Beasley be sentenced to death for killing three men who had answered a Craigslist ad for work on an Ohio cattle farm. 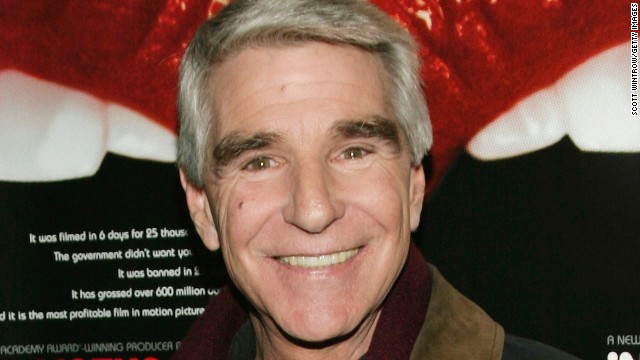 The U.S. Senate approved legislation on Wednesday aimed at funding the government through the end of September and avoiding a partial federal shutdown, while also softening the blow of sweeping forced spending cuts. The measure now goes to the House of Representatives.

Former Bell, California, Mayor Oscar Hernandez was found guilty Wednesday on five felony charges for the misappropriation of funds, with more such verdicts possible as the jury continues to weigh several counts in the case.

Hernandez and several former city council members in Bell, a city of 36,000 people about 10 miles southeast of downtown Los Angeles, had been on trial since January after prosecutors accused them of widespread corruption.

In addition to convicting him on five charges, the jury on Wednesday found Hernandez not guilty of five other charges.

The State Department has put a multimillion-dollar bounty on the heads of two Americans who the United States claims belong to an al Qaeda affiliate in Somalia, CNN has learned.

Posters and matchbooks in Somali and English emblazoned with the names and pictures of Omar Shafik Hammami and Jehad Serwan Mostafa tout rewards up to $5 million each for information leading to their arrest or conviction. Both men are on the FBI's Most Wanted Terrorists List. 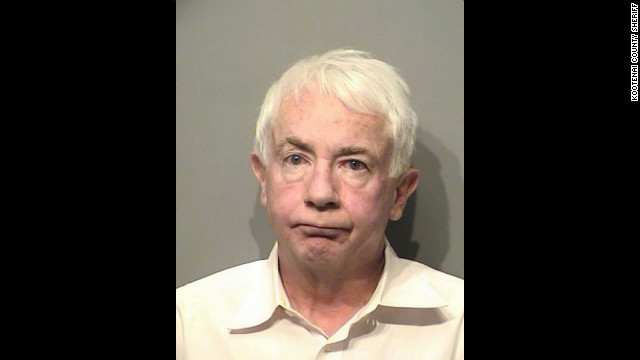 [Update 3:15 p.m.]¬ÝNetanyahu said the United States and Israel have a "common assessment" on Iran's progress in developing a nuclear weapon.

[Update 3:09 p.m.]¬ÝObama said that he "purposely did not want to come here and make some big announcement that might not match up to the reality" on the ground regarding the Middle East peace process.

[Update 2:52 p.m.]¬ÝObama said he has ordered an investigation of whether the Syrian government used chemical weapons against its own people, adding he was "deeply skeptical" of any claim the opposition had used them.

[Update 2:45 p.m.]¬ÝObama said he and Netanyahu discussed extending U.S. assistance for Israel beyond the 2017 deadline of the current agreement between their countries.

¬Ý[Update 2:42 p.m.]¬ÝNetanyahu said Wednesday that he hoped the visit by Obama and Secretary of State John Kerry can "help us turn a page in relations" with Palestinians seeking their own state.

[First post 2:38 p.m.]¬ÝNetanyahu said Wednesday that diplomacy and sanctions have not stopped Iran's efforts to develop a nuclear weapon so far, adding that a peaceful solution also requires a clear and credible threat of military action.

Rat may have cut power at Fukushima plant

A "rat-like animal" just might be the reason for power outages at a critical Japanese nuclear facility this week.

The operator of the Fukushima Daiichi plant suspects such a critter of causing a short circuit in a switchboard that led to a power outage, Japan's Kyodo news agency reported Wednesday.

A federal grand jury in New York has indicted a Saudi native on charges of joining al Qaeda in fighting U.S. forces in Afghanistan and conspiring to bomb U.S. diplomatic facilities in Nigeria.

Ibrahim Suleiman Adnan Adam Harun, also known as "Spin Ghul," was extradited from Italy to the United States in October.

The six-count indictment accuses him of, among other things, joining al Qaeda after arriving in Afghanistan in 2001, fighting U.S. and coalition troops in Afghanistan in 2002 and 2003, and traveling to Africa "with the intent to conduct attacks on U.S. diplomatic facilities in Nigeria," according to the office of the U.S attorney for the Eastern District of New York.

[Updated at 11:52 a.m. ET] South Korean investigators now believe computer outages at South Korean banks and broadcasters Wednesday were caused by cyberattackers, though they're still not sure who those attackers were, South Korean officials and the semiofficial Yonhap News Agency reported.

[Posted at 2:42 a.m. ET] South Korean police said Wednesday they are investigating a computer outage that is affecting servers at three leading television broadcasters and a large bank.

Customers of Shinhan Bank are unable to log into the lender's website at the moment, the company said in an online statement.

And the broadcaster YTN reported that 500 of its computers had been disabled by the outage. Police didn't immediately provide a reason for the server failure. 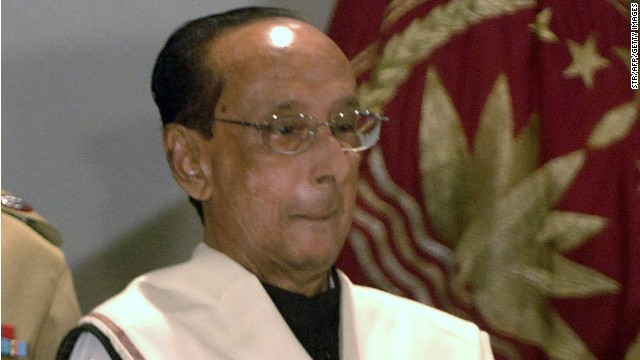 Bangladeshi President Mohammad Zillur Rahman died Wednesday at a Singapore hospital, where he was being treated for a lung infection, an official with his office said. He was 84.

Rahman was admitted to Mount Elisabeth Hospital on March 10. He died there Wednesday afternoon, according to the official, Mohammad Shafiul Alam.

Israeli Justice Minister Tzipi Livni says "it is clear for us here in Israel" that chemical weapons have been used in Syria, and an international response to the crisis should be "on the table in the discussions between Prime Minister Netanyahu and President Obama" during the president's trip to Israel.

When pressed during an interview in her Tel Aviv home, Livni wouldn't say whether there is evidence that the regime of Syrian President Bashar al-Assad has directed the use of any chemical weapons.

But she said this development poses a direct threat to Israel, which shares a border with Syria. Livni told CNN that "the appearance is that it's not going to be only in Syria, but that Hezbollah can reach all these chemical weapons and use them against Israel in the future."

[Posted at 10:19 a.m. ET] The executive director of Colorado's prison system was shot when he opened his door, according to a 911 caller that police have identified as a relative in the home.

[Posted at 9:47 a.m. ET] The executive director of Colorado's prison system has been found dead in his home, and authorities believe someone killed him, a spokesman for Gov. John Hickenlooper said early Wednesday.

The murder trial of Jodi Arias has gripped the nation.¬Ý Watch CNN.com Live for gavel-to-gavel coverage of the trial.

9:45 am ET - Syria crisis hearing - With new allegations of chemical weapons being used in the conflict, the House Foreign Affairs Committee will look at how the United States should respond to the fighting in Syria.

END_OF_DOCUMENT_TOKEN_TO_BE_REPLACED 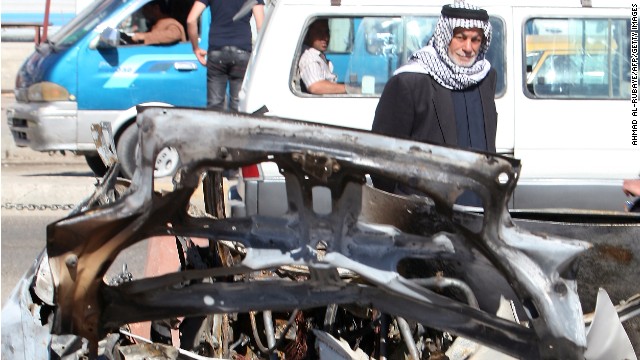 For the first time as president, Barack Obama is visiting Israel as concerns about Iran's nuclear progress percolate.

The trip is part of his sweep across the Middle East, which will include visits to the West Bank and Jordan.

Obama's first stop Wednesday will be a visit to an Iron Dome missile defense launcher in Tel Aviv.

Bhagavan "Doc" Antle, who appeared in the 2020 docuseries "Tiger King," and four others have been indicted on 10 co‚Ätwitter.com/i/web/status/1‚Ä¶f7
cnni

@AnaCabrera Ugh. I ain‚Äôt looking forward to it !
sarasidnerCNN

6:27 pm ET July 1, 2022 RETWEET
RT @CNN: An unknown number of police officers in Ohio have been placed on paid administrative leave pending an investigation after a police‚Ä¶
sarasidnerCNN