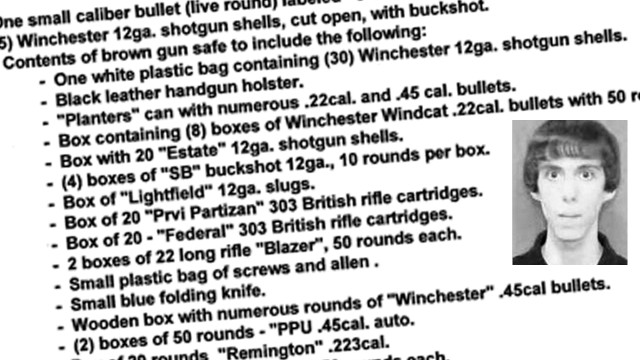 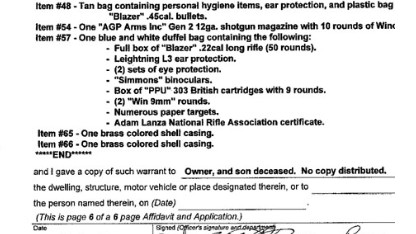 [Updated at 12:17 p.m. ET] President Obama's pro-gun-control event at the White House has just finished - and he referred to Newtown many times as he tried to fight against waning public support for Senate Democrats' post-Newtown gun-control proposals.

He essentially was arguing that some people are suffering from short attention spans - that people who were persuaded to support ammunition magazine limits and universal background checks immediately after the Newtown shootings might be letting their support slip because Newtown is no longer in the news every day.

"We need everybody to remember how they felt 100 days ago (after the Newtown shooting) and make sure (what we said then) wasnâ€™t just a bunch of platitudes," Obama said.

"Now's the time to turn that heartbreak into something real."

Obama also said that "some powerful voices on the other side" want to delay action on gun legislation. "Their assumption is that people will just forget about it," the president said.

Earlier this month, NRA executive vice president Wayne LaPierre said background checks of firearms purchases won't stop gun violence, but would serve agendas of people "bent on destroying the Second Amendment." In a speech to the Conservative Political Action Conference, he said expanded background checks would be a first step toward a liberal desire to create a national gun registry.

"In the end, there are only two reasons for government to create that federal registry of gun owners - to tax them or to take them," LaPierre said on March 15. Supporters of expanded checks deny the legislation would create such a registry.

[Updated at 12:07 p.m. ET] President Obama, at his pro-gun-control event at the White House, says the anguish is still fresh in Newtown, and that thousands of Americans' lives have been "stolen by bullets" in recent months. (WATCH LIVE)

Some background on the legislation that Obama is backing: Proposed by Senate Democrats, the package includes expanded background checks, tougher laws against gun trafficking and straw purchases, and efforts to improve school security.

He said moments ago: "This is our best chance in more than a decade" to pass what Obama believes is "common-sense gun control legislation."

Obama recalls that when he visited Newtown after the shooting, he told people there that if there's a step that Washington can take to save just one child, Washington should do it.

"None of these ideas should be controversial," Obama says.

Recent polls show support for new gun legislation on the wane, and Obama appears to be reacting to that.

"Shame on us if we've forgotten" the horrors of Newtown, Obama said. "I haven't forgotten those kids."

Introducing Obama is Katerina Rodgaard, a Maryland dance instructor who knew one of the victims of the Virginia Tech shootings. Rodgaard, representing Moms Demand Action: For Gun Sense in America, says her heart breaks for the relatives of the Newtown victims.

[Updated at 11:47 a.m. ET] An update to one of the entries below: The documents released today say that investigators found more than 1,600 rounds of ammunition - not 1,400 - in the home of Nancy Lanza and her son, Adam.

In the spots - one is 60 seconds, the other is 90 seconds - family members talk about their loved ones and call on political leaders to embrace tougher gun laws.

[Updated at 11:35 a.m. ET] President Barack Obama in a few minutes is scheduled to make another push for stricter gun controls at an event at the White House. We'll see if he mentions any of today's Newtown developments.

The White House event comes on what advocates of tougher gun laws call a national day of action, with rallies and other gatherings planned in cities across the country.

"I want to thank the Office of the Chief State's Attorney for providing this information today. In some cases, the facts really do speak for themselves, and in this case they only add starker detail to what we already knew.

â€œWe knew that a disturbed individual entered a school and fired 154 rounds in less than 5 minutes, killing 20 innocent children and 6 dedicated educators. We knew that he had ready access to weapons that he should not have had access to. We knew that these weapons were legally purchased under our current laws. We knew he used 30-round magazines to do it, and that they allowed him to do maximum damage in a very short period of time. And we now know that he left the lower capacity magazines at home.

"This is exactly why we need to ban high capacity magazines and why we need to tighten our assault weapons ban. I don't know what more we can need to know before we take decisive action to prevent gun violence. The time to act is now."

[Updated at 11:11 a.m. ET] We just got this information about the shooting timeline - investigators estimate that it all took less than 300 seconds, a Connecticut state attorney said Thursday.

In a statement released with the documents that came out today, state attorney Stephen J. Sedensky III says that from the time that shooter Adam Lanza forced his way into the building to the moment he took his own life, less than five minutes elapsed.

[Updated at 11 a.m. ET] For a review of what we already knew about the December 14 shooting, see this timeline.

[Updated at 10:43 a.m. ET] A little bit on what we already knew about Lanza: Connecticut's medical examiner said he was told that Lanza, 20, had Asperger's syndrome. Research has not shown a link between that condition and violence.

A profile of Lanza and his mother by CNN's Ashley Fantz describes him as a quiet, smart, socially awkward young man. Nancy Lanza kept a lot of weapons, from assault rifles to handguns, at her home - people described her as a responsible gun owner who had the weapons for self-defense. The two had frequented several gun ranges over the past several years.

[Updated at 10:04 a.m. ET] Authorities found in Lanza's home a holiday card with a check made out to him "for the purchase of a C183 (firearm), authored by (his mother) Nancy Lanza," documents released today show.

[Updated at 10:03 a.m. ET] Another detail from today's document release: A search warrant of the home of Lanza's mother, Nancy, shows that investigators found more than 1,400 rounds of ammunition at the house.

Included in the new information is the report that a gun safe was found in the bedroom of 20-year-old Adam Lanza, who took guns belonging to his mother, Nancy, and shot her in her forehead in her bed. Then he went to the school in Newtown, where he gunned down 20 children and six staff members before killing himself.

Relatives of the victims were briefed Wednesday about the documents, which were released Thursday morning.

Some of the documents, released by state prosecutors, have been redacted at the prosecutors' request, said Paul Vance, a spokesman for the Connecticut State Police.

The documents may contain new information but perhaps no big surprises, Vance said before the documents' release.

State police are continuing their investigation, which is not expected to be completed until June, he said.

Read more the full story about the documents here.

8:13 am ET April 16, 2021 RETWEET
The French parliament adopted legislation that characterizes sex with a child under the age of 15 as rape and punisâ€twitter.com/i/web/status/1â€¦Ud
cnni

7:50 am ET April 16, 2021 RETWEET
Millions of people around the world are expected to tune into Prince Philip's funeral service on Saturday, which wiâ€twitter.com/i/web/status/1â€¦en
cnni