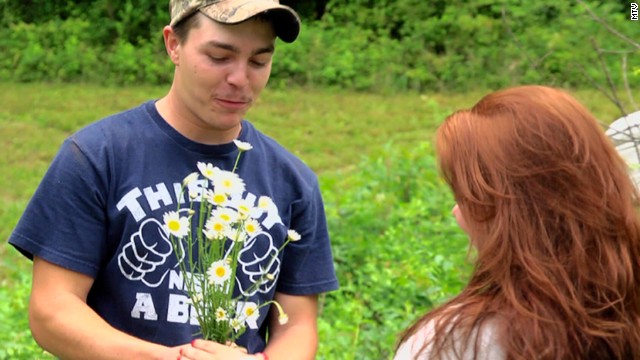 The winner of the $338 million Powerball jackpot paid $30,000 in back child support to the mother of three of his children Monday and had the warrant cleared during a hearing in a New Jersey family court.

The warrant for Quezada was originally issued in 2009. He owed a total of $29,000 in child support, according to William Maer of the Passaic County Sheriff's Office. Quezada has five children, ages 5 to 23. It is not clear which children are covered by the payments.

Quezada told Family Court Judge Ernest Caposela that the children will now live with him.

The 470-foot Harbour Feature was carrying tallow oil when it hit the aging Sarah Long Bridge stretching over the Piscatagua River.

The crew of the Portuguese-flagged ship reported a rupture of up to 12 inches above the waterline, the Coast Guard said. But there was no indication of any leaking cargo.

Prosecutors said Monday they will seek the death penalty for Colorado movie theater shooting suspect James Holmes despite his offer last week to plead guilty in exchange for avoiding a death sentence.

The people involved came forward, police said. Since a police report was never filed, there will be no charges, police spokeswoman Sophia Tassy said.

Watch CNN.com Live for gavel-to-gavel coverage of the trial of Jodi Arias, who's accused of killing her ex-boyfriend in 2008.Â  The trial resumes on Tuesday, April 2.

The South Korean president on Monday warned North Korea that any provocative moves will be met with "a strong response" as the United States deployed stealth fighter jets in the tense region as part of joint military exercises.

"If there is any provocation against South Korea and its people, there should be a strong response in initial combat without any political considerations," President Park Geun-hye said at a meeting with senior defense and security officials, according to her office.

Frayed nerves and a palpable tension cloak this quiet Texas county where the FBI, the Texas Rangers and half a dozen other agencies are on the hunt for the killer or killers bent on taking out top criminal justice officials.

Kaufman County District Attorney Mike McLelland and his wife, Cynthia, were found dead in their house Saturday, two months after an assistant district attorney was gunned down in broad daylight outside the county courthouse.

The killings have residents and prosecutors in Kaufman, east of Dallas, on edge - and on guard.

A suicide bomber drove an oil tanker into a police station in central Tikrit on Monday, killing at least nine people and wounding 20 others, Iraq's interior ministry said.

Tikrit is about 160 kilometers (100 miles) north of Baghdad.

It is a predominantly Sunni town located in Salaheddin province and is the hometown of former Iraqi leader Saddam Hussein.

Since the death penalty was reinstated in Colorado more than 35 years ago, the state has executed just one person.

Now comes the case of James Holmes, who faces 166 counts of murder and attempted murder for a shooting at an Aurora movie theater that left 12 people dad and 58 wounded.

If there ever was a poster boy for capital punishment, legal analysts say, the 25-year-old Holmes would fit the bill.

On Monday, prosecutors will decide whether they will accept a defense request to take the death penalty off the table if Holmes pleads guilty.

An Alaska State Trooper helicopter that had been sent to rescue a stranded snowmobiler crashed - and authorities fear that all three occupants on board are dead.

The helicopter was carrying the pilot, a trooper and the snowmobiler when it went down Saturday night, the state Department of Public Safety said early Monday.

Two people in China have died and another remains critical after falling ill with a strain of bird flu not detected before in humans, the official Chinese news agency Xinhua reported.

Both of those who died, men aged 27 and 87, lived in Shanghai, while a 35-year-old woman in Chuzhou city in nearby Anhui province is in the hospital, the Chinese National Health and Family Planning Commission said Sunday, according to Xinhua.

The winner of last week's $338 million Powerball jackpot is expected to appear in a New Jersey court Monday on a warrant for unpaid child support.

Pedro Quezada, 44, the father of five children ages 5 to 23, owes back child support totaling $29,000, according to William Maer of the Passaic County Sheriff's Office. It is not clear which children would be covered by the payments.

An abduction in the Washington Heights neighborhood of New York that was captured on a surveillance camera may have been a hoax, the city police said late Sunday.

According to Deputy Commissioner Paul Browne, the Friday incident "may have been a hoax staged amongst friends to celebrate one of their birthdays."

The New York Police Department did not provide additional details.