Former President Trump's daughter, Ivanka, is being sought to give voluntary testimony to the committee investigati‚Ätwitter.com/i/web/status/1‚Ä¶nn

Former Pope Benedict knew about priests who abused children when he was archbishop of Munich, a report finds, rejec‚Ätwitter.com/i/web/status/1‚Ä¶Cz

Democrats fail to change Senate filibuster rules in an attempt to use a majority vote to pass voting rights legisla‚Ätwitter.com/i/web/status/1‚Ä¶Rg

The Supreme Court has cleared the way for the release of presidential records from the Trump White House to a congr‚Ätwitter.com/i/web/status/1‚Ä¶Dh 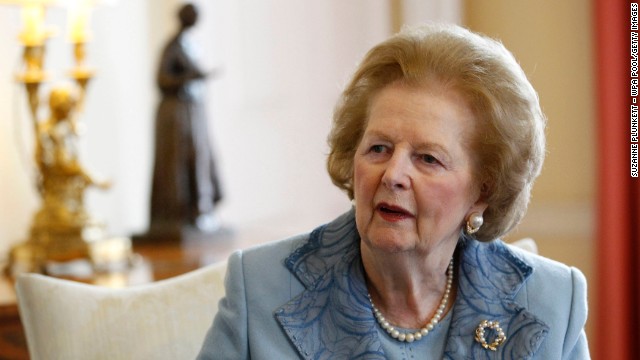 Former British Prime Minister Margaret Thatcher, a towering figure in post-war British and world politics, and the first woman to become British prime minister, has died at the age of 87, her spokeswoman said Monday.

Thatcher served from 1979 to 1990 as leader of the Conservative Party. She was called the "Iron Lady" for her personal and political toughness.

Thatcher retired from public life after a stroke in 2002 and suffered several strokes after that.

.@JohnAvlon: This undocumented journalist went on Fox to reach a specific group that may surprise you‚Ätwitter.com/i/web/status/1‚Ä¶CG
cnni

8:37 pm ET January 20, 2022 RETWEET
A statue of Theodore Roosevelt, depicting the 26th US president on horseback with a Native American man and an Afri‚Ätwitter.com/i/web/status/1‚Ä¶QC
cnni

8:04 pm ET January 20, 2022 RETWEET
The death of Michelle Go, who was pushed to her death in front of a Times Square subway train, jolted Asian America‚Ätwitter.com/i/web/status/1‚Ä¶j3
cnni