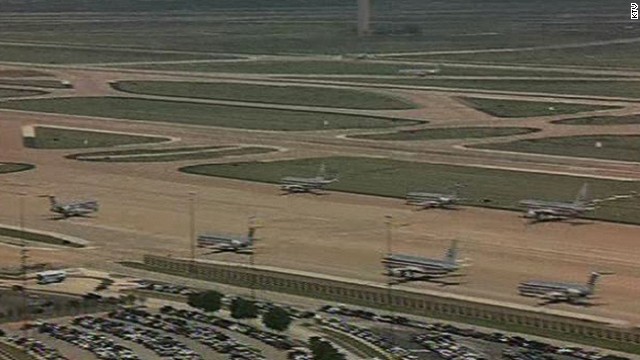 American Airlines grounded flights nationwide on Tuesday due to problems over several hours with its computerized reservation system.

The glitch caused big delays and flight cancellations for the company, which sought court approval on Monday to exit bankruptcy. It plans to merge with US Airways.

7:00 am ET February 23, 2020 RETWEET
A group of firefighters and police that were responding to a bee sting were attacked by a swarm of nearly 40,000 Afâ€twitter.com/i/web/status/1â€¦1z
cnni