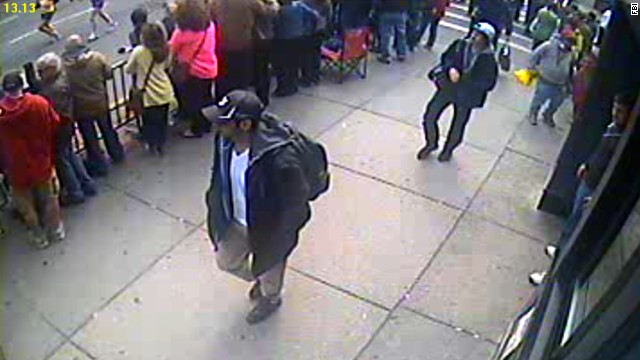 A short video released by the FBI on Thursday shows two suspects in Monday's Boston Marathon attack walking single file on a sidewalk along the race route.

The video was released Thursday as investigators asked for the public's help in identifying the two men.

One of the two suspects in the Boston Marathon bombings left a bag believed to contain one of the explosives outside the Forum restaurant on Boylston Street in the city, FBI Special Agent in Charge Richard DesLauriers said. The bag was dropped there "within minutes" of the explosions, he added.