Families of the nine people killed in the Charleston church massacre reached a settlement with the US government ovâ€twitter.com/i/web/status/1â€¦uH

Watch live: President Biden addresses the nation after meeting with Democrats over a pared-down version of his $1.7â€twitter.com/i/web/status/1â€¦ED 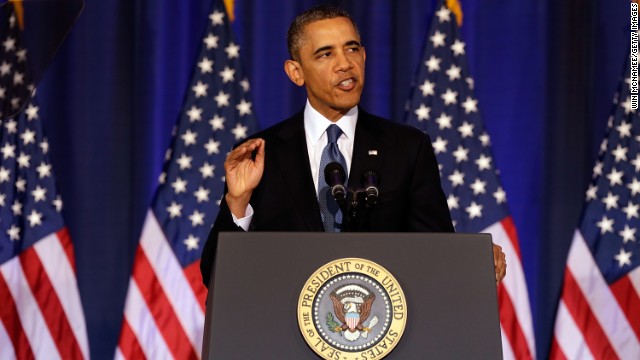 President Barack Obama in a major counterterrorism speech Thursday defended the American drone program, saying that despite the controversies around it, the strikes are legal and save lives.

Obama said the use of lethal force extends to U.S. citizens as well. On Wednesday, his administration disclosed for the first time that four Americans had been killed in counterterrorist drone strikes overseas, including one person who was targeted by the United States.

"When a U.S. citizen goes abroad to wage war against America - and is actively plotting to kill U.S. citizens; and when neither the United States, nor our partners are in a position to capture him before he carries out a plot - his citizenship should no more serve as a shield than a sniper shooting down on an innocent crowd should be protected from a SWAT team," Obama said.

A prominent venture capitalist is under fire for calling new dads "losers" if they take months of paternity leave. cnn.it/3nAqTeF
cnni

1:01 pm ET October 28, 2021 RETWEET
Two families whose loved ones were killed when a helicopter carrying Kobe Bryant and others crashed on a Californiaâ€twitter.com/i/web/status/1â€¦1c
cnni

12:58 pm ET October 28, 2021 RETWEET
The great-grandson of the legendary Sitting Bull has been confirmed as his closest living relative using an innovatâ€twitter.com/i/web/status/1â€¦Qp
cnni