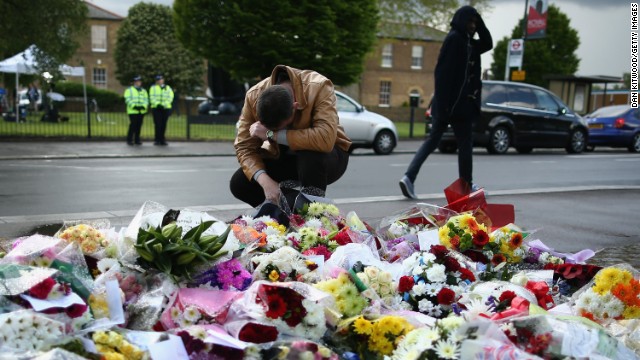 Rigby's brutal killing has spurred an outburst of emotions around England, like this man bowing his head near a makeshift memorial for the slain soldier.
May 25th, 2013
06:16 PM ET

The men were being held on suspicion of conspiracy to commit murder, the Metropolitan Police said in a statement.

Police did not detail how they were allegedly tied to the killing nor did they release their identities, saying only that the men - ages 21, 24 and 28 - were arrested by detectives from the Counter Terrorism Command and taken to a south London police station.