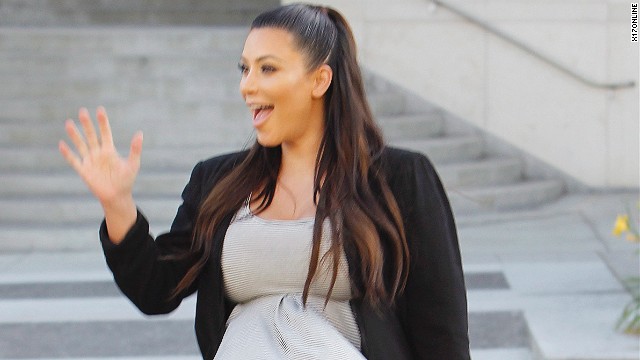 There's now one more Kardashian to keep up with.

On Saturday - according to E!, the network behind her family's hit reality show– Kim Kardashian gave birth to a baby girl. The report did not give a name for the newborn, but did say she came into the world at Cedars Sinai Medical Center in Los Angeles.

She's the first child for the 32-year-old Kardashian, who has modeled, acted and launched business ventures but is best known as a reality TV star with a huge international following, having amassed some 18 million Twitter followers

Tune in Friday, April 23 at 10pm ET for @CNNŌĆÖs The Climate Crisis Town Hall, which coincides with this weekŌĆÖs celtwitter.com/i/web/status/1ŌĆ”HPVzu9
CNNweather

12:44 pm ET April 20, 2021 RETWEET
"Angela Merkel has been in the top job for nearly 16 years, but the biggest challenge of her career might still lieŌĆtwitter.com/i/web/status/1ŌĆ”yr
cnni