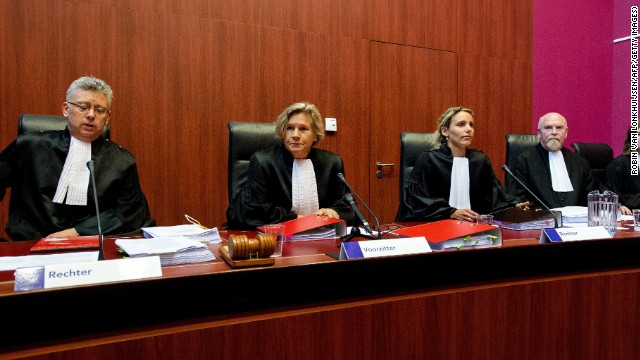 Judges at a court in Lelystad in the Netherlands found a 50-year-old man and six teenagers guilty of the manslaughter of an amateur football official.
June 17th, 2013
01:42 PM ET

Six teenagers and one of their fathers were found guilty by a Dutch court Monday of the killing of an amateur football linesman last year.

The 50-year-old adult was sentenced to six years in jail, with five of the teenagers given the maximum sentence of two years in youth detention. The other will serve one year.

Richard Nieuwenhuizen, 41, was set upon by his seven attackers after officiating at a youth match between his son's football team, SC Buitenboys and Nieuw Sloten in Almere, near Amsterdam on December 2, 2012.