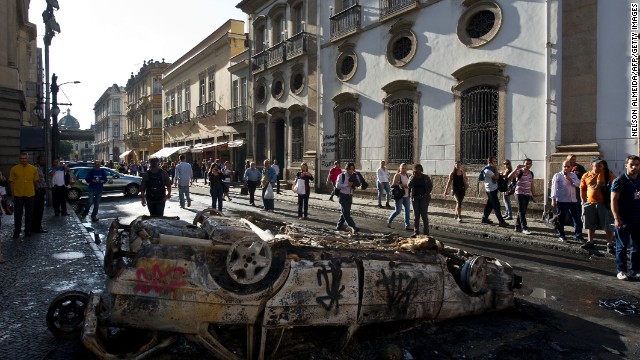 Brazilian protesters 'time out,' back later

Protesters in Brazil called for a "time out" Wednesday, a glaring contrast to the loud, voluminous demonstrations that reverberated across several cities the day before.

There were over 200,000 confirmed participants Tuesday, according to the main organizer, the Free Fare Movement. Though the group said it has nothing planned for Wednesday, there may be scattered protests regardless.