At least 2,000 people have died in the US from coronavirus. That number reached 1,000 just over two days ago.â€twitter.com/i/web/status/1â€¦V9

The National Rifle Association files a lawsuit against California Gov. Gavin Newsom and other officials after gun sâ€twitter.com/i/web/status/1â€¦CT 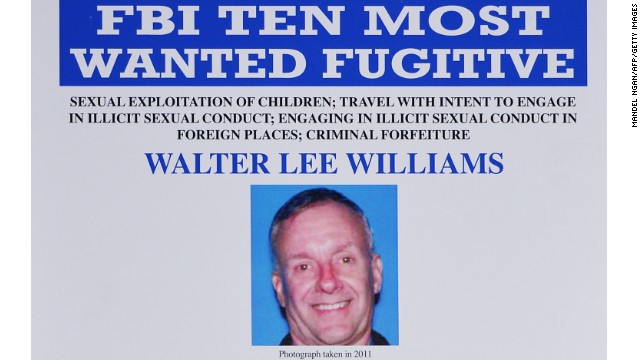 Mexican authorities have arrested a former college professor who was on the FBI's 10 most wanted list over allegations of child sex abuse.

The FBI placed the former university professor wanted for alleged sexual exploitation of children on the list Monday, according to Notimex.

Williams researched in the field of gender development at a university in California, which gave him easy access to his victims, mainly teenage boys in developing countries, the FBI said.

RT @MiamiHerald: When Ashley Sanders started her round of visits to the elderly this week as a county home-care aide, she said she had fourâ€¦
susancandiotti

8:00 pm ET March 28, 2020 RETWEET
Her husband died from kidney failure. Then his family shaved her head and made her strip beside his grave. cnn.it/2WUsCzN
cnni

7:30 pm ET March 28, 2020 RETWEET
Indeed Italy now has the second-highest number of confirmed cases in the world after the United States, which standâ€twitter.com/i/web/status/1â€¦V0
cnni