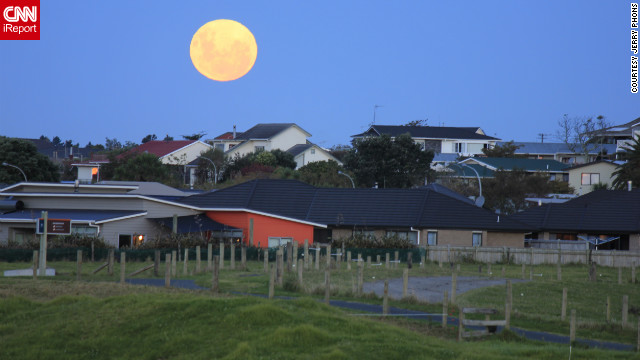 Up in the sky, look: It's Supermoon!

The heavens will deliver a rare treat to moonstruck romantics and werewolves Sunday who rise before the sun.
A feat of lunar synchronicity will create a Supermoon.
This happens when the moon is full and at the same time reaches its perigee - the closest point to Earth in its orbit, according to NASA.
It makes for the biggest, brightest moon of the year.

The diplomatic group, known as the London Eleven, is meeting in Doha to help shift the balance of power on the Syrian battlefield away from al-Assad and into the hands of his enemies.

But they are up against support for his government by Russia, China, Iran and the Lebanese militant group Hezbollah.

An ambulance transporting former South African President Nelson Mandela to the hospital two weeks ago had engine trouble on the way there, but the anti-apartheid icon was never at risk, a government spokesman said Saturday.

"When the ambulance experienced engine problems it was decided that it would be best to transfer to another military ambulance which itself was accompanied for the rest of the journey by a civilian ambulance," spokesman Mac Maharaj said.