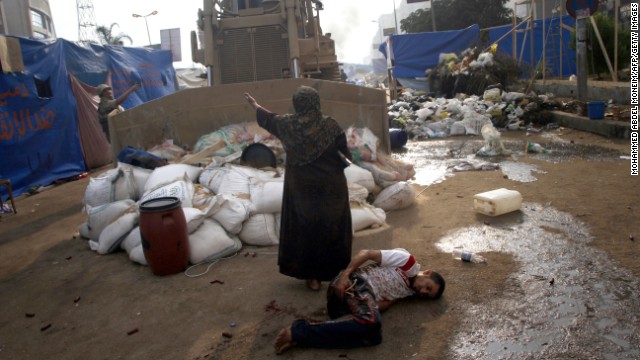 What will the U.S. do about Egypt?

When Egypt's first democratically elected president was tossed out earlier this year, the White House stopped short of calling it a coup.

Doing so would force an end to the $1.3 billion that the U.S. sends in military aid every year - and change the course of its relationship with one of its strongest Arab allies in the region.

But that was before Wednesday when the military-led interim government stormed two camps full of former President Mohamed Morsy's supporters. More than 300 people were killed and close to 3,000 wounded in the bloodiest day in Egypt's recent history.

Will the carnage in Egypt change the U.S. policy toward the most populous Arab country?

Why Olympians bite their medals and what they do with them #Tokyo2020 cnn.it/3rDj2ic https://t.co/dtQM3dwqYT
cnni

5:04 am ET July 29, 2021 RETWEET
"Neither one of us quit. Our bodies just weren't able to do it." Long-distance running legend Paula Radcliffe commâ€twitter.com/i/web/status/1â€¦T7
cnni