The U.S. Justice Department will not conduct a civil rights investigation in the case of a teenager found dead in a rolled-up mat at his southern Georgia high school, a spokesperson for that agency said Wednesday.

The Justice Department's criminal division is aware of concerns about Kendrick's death, but after reviewing the investigative file, it determined there is not "sufficient indication of a civil rights violation to authorize a civil rights investigation," according to the agency's spokesperson. 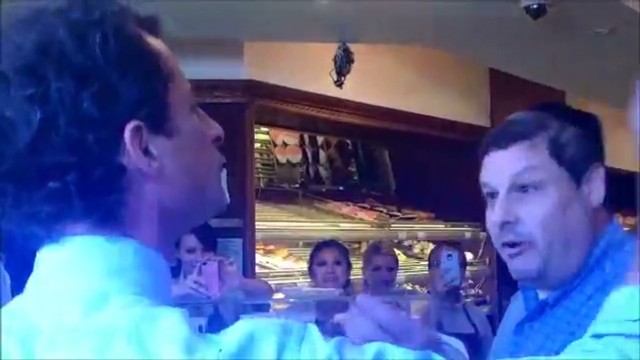 Weiner faces off with voter in Brooklyn bakery

Beleaguered New York mayoral candidate Anthony Weiner got into a war of words Wednesday with a man who lashed out at him for being "married to an Arab," in addition to chastising the former congressman about his well-documented sexting scandal.

The comment is an apparent reference to Weiner's wife, Huma Abedin, whose parents are from India and Pakistan.

After the man described Weiner "disgusting," the former congressman shot back by calling him a "jackass."

A 17-year-old student was killed and three other students were injured in stabbings Wednesday morning at a Houston-area high school, Harris County authorities said.

Three students were detained for questioning at the sheriff's office, Garcia said. The names of the students involved in the incident weren't immediately released.

The White House makes its case on Syria

The White House's case for a military strike on Syria enters Round II Wednesday.

Some 43 lawmakers in the House and the Senate now say they can get behind President Barack Obama. But about two-thirds remain undecided or haven't announced how they plan to vote.

Ariel Castro who was sentenced to life plus 1,000 years for kidnapping, raping and holding captive three women was found hanging in his prison cell Tuesday night.

Officials found Castro, 52, hanging in his cell at the Correctional Reception Center in Orient, Ohio, about 9:20 p.m., the state's Department of Corrections said.

Prison medical staff tried to revive him but failed.