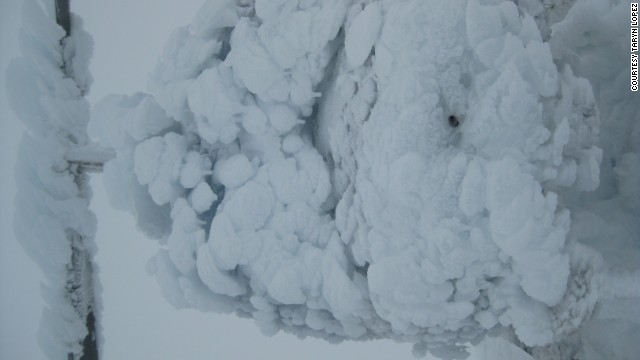 The team's iced-over helicopter. "There were blue skies when we landed," Lopez said, but within a half-hour he told the researchers he was concerned about ice on the rotors.
September 8th, 2013
12:36 AM ET

Taryn Lopez doesn't think it got too terribly cold during the two days she was stranded on Alaska's Mount Mageik volcano.

"I think about 28 degrees was the lowest we saw - but then the temperature gauge was frozen," she said Saturday evening from King Salmon, Alaska.

Thanks to sleeping bags, waterproof gear and emergency supplies, Lopez, a fellow researcher and a pilot survived unharmed in their iced-over helicopter from Wednesday until a rescue chopper scooped them up Friday.