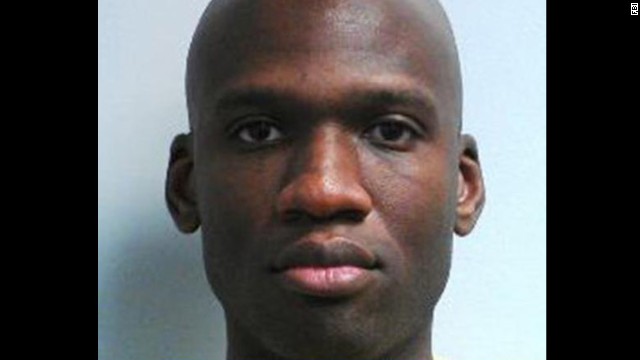 Shots were fired Monday at a Washington Navy Yard building, killing at least 12 people and injuring 14 others, according to local officials and the Navy.

Also killed was a suspect, Aaron Alexis, a 34-year-old military information-technology contractor and former full-time Navy reservist who lived in Texas, the FBI said. One other gunman may be on the loose, police said.

The incident began about 8:20 a.m. ET when several shots were fired inside the Naval Sea Systems Command headquarters in the southeast portion of the capital. Developments below:

[Updated at 10:47 p.m. ET] Police released the names and ages of seven of the 12 people killed in the shooting. None of the seven was military personnel:

[Updated at 10:40 p.m. ET] Alexis had access to the yard because of his contracting work, and he used a valid pass to enter the yard, said Valerie Parlave, assistant director in charge of the Washington FBI field office.

[Updated at 10:39 p.m. ET] Besides the 13 people who were killed, eight people were injured in Monday morning's shooting, Washington Mayor Vincent Gray told reporters Monday night. Three of those were injured by gunfire, and the others had other types of injuries, such as contusions and chest pain.

[Updated at 10:38 p.m. ET] Washington police are confident that only one person was involved in Monday morning's shooting, and they are lifting a shelter-in-place order for residents who live nearby, Police Chief Cathy Lanier said Monday night. Authorities have said suspect Aaron Alexis, 34, was killed after an encounter with security.

END_OF_DOCUMENT_TOKEN_TO_BE_REPLACED

A new national poll in the battle for the 2016 Democratic and Republican presidential nominations indicates what you would expect: Hillary Clinton is the overwhelming Democratic frontrunner, and there's no real leader among the possible GOP White House hopefuls.

But if you get beyond the obvious, the CNN/ORC International survey released Monday becomes more revealing.

It showed 65% of Democrats and independents who lean toward that party say they would likely back Clinton as their presidential nominee. Vice President Joe Biden comes in a distant second, at 10%, with freshman Sen. Elizabeth Warren of Massachusetts at 7%, New York Gov. Andrew Cuomo at 6%, and Maryland Gov. Martin O'Malley at 2%.

The world is expected to learn Monday what really happened the day 1,400 people were allegedly gassed to death outside the Syrian capital of Damascus.

A report by U.N. weapons inspectors will likely be made public Monday morning, two diplomats told CNN. The inspectors were sent to to Syria figure out whether a chemical weapons attack took place on August 21.

The start of salvage operation of the Costa Concordia cruise ship that was to have begun early Monday off the coast of Italy has been delayed for about two hours because of strong thunderstorms overnight, officials said Monday.
The process of righting the ship is now expected to begin by 3 a.m. local time (3 a.m. ET)
The giant vessel ran aground and tipped over in January 2012, killing 32 of the 4,200 people on board.