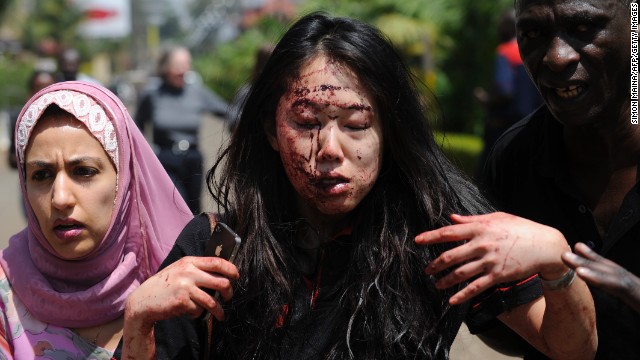 "That is what we suspect. We cannot share any further information," the agency said.

At least 43 people have been killed in the attack, Kenya Red Cross chief, Abbas Gullet said Sunday. He said more than 200 others were wounded.