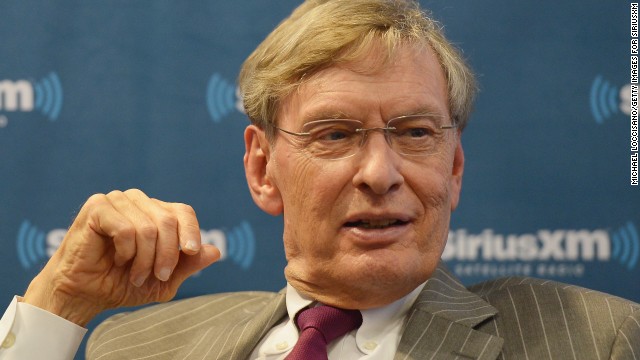 Selig said that "it remains my great privilege to serve the game I have loved throughout my life."

"Baseball is the greatest game ever invented, and I look forward to continuing its extraordinary growth and addressing several significant issues during the remainder of my term," he said in a statement.

Selig, 79, has been full-time commissioner since 1998 after six years as the interim boss. Before that, he owned the Milwaukee Brewers after moving the Seattle Pilots in 1970.

The game changed significantly during Selig's tenure as commissioner.

Interleague play was instituted, teams that exceeded a salary threshold were penalized and the money shared with other teams, and the postseason was revamped several times to include division series and the Wild Card playoff contest. Umpires can now also use instant replay to review certain plays.

MLB also grew. Two teams - the Arizona Diamondbacks and the Tampa Bay Rays - joined. The Montreal Expos moved to Washington and became the Nationals. Other teams switched divisions and the Brewers changed leagues.

There were low points, too, including MLB canceling the World Series in 1994 after a players' strike, and a long investigation into the use of performing-enhancing drugs in baseball that culminated in a 2007 report that led to congressional hearings.