These items were pulled from 7-Eleven stores in Taiwan after complaints about their resemblance to Adolf Hitler.
September 28th, 2011
01:33 PM ET

In Taiwan, 7-Eleven stores have pulled products featuring a cartoon vampire that bears a striking resemblance to Adolf Hitler after receiving complaints from the Israel Economic and Cultural Office in Taipei (ISECO) for selling the items, according to several media reports.

The convenience store chain, whose 4,400 Taiwanese locations are owned by the President Chain Store Corp., has suspended sales of the key chains, USB drives and magnets sporting the apparent caricature of the Nazi dictator. Company officials originally denied that the cartoon was meant to depict Hitler, first calling the black square on the figureās face a tooth, then a nose, rather than a mustache. But on Wednesday, the company acknowledged that many saw the image as offensive and said that it did not intend to be insensitive by selling the items.

āBecause there are people with doubts, we've stopped selling the products for now,ā a representative from 7-Eleven told the German Press Agency, according to an Israeli newspaper.

The ISECO, which is Israelās de facto embassy to Taiwan, since China does not allow its diplomatic allies to have official ties with the island, says that while it does not think the products were meant to be a show of support for anti-Semitic ideology, the cartoon figure does signify a lack of understanding of the Nazi partyās history.

āWe were appalled to see the Hitler lookalike image being used, again, as a marketing aid and sold in Taiwan's 7-Eleven stores,ā ISECO representative Simona Halperin said in a statement Tuesday. āI find it tragic that once again people down the chain of marketing and promotion fail to recognize the meaning of the Dark Age in human history that the Nazi dictator represents.ā

Taiwan has a history of Nazi imagery popping up in public as a result of commercial use.

In 1999, a local company used an image of Hitler to advertise space heaters made in Germany. Additionally, in 2000, a restaurant in Taipei called The Jail displayed images of Nazi concentration camps, while a bar in Taipei operated under the name āNazi Barā during the 1990s. Both businesses later removed the references.

END_OF_DOCUMENT_TOKEN_TO_BE_REPLACED

On June 6th, 1944, more than 150,000 Allied troops poured onto the heavily fortified beaches of Normandy, France, in one of the most decisive battles of World War II. The D-Day invasionĀ marked a beginningĀ of theĀ end ofĀ the war and the defeat of the Nazi regime in Europe. This particular operation was at a high cost to the Allied forces, withĀ nearly 10,000Ā troops killed or wounded. Today marks the 67th anniversary of that pivotal operation.

END_OF_DOCUMENT_TOKEN_TO_BE_REPLACED 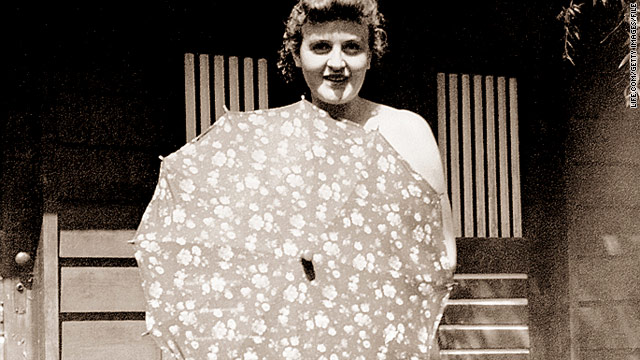 Life.com has obtained a set of newly released photos from the personal albums of Eva Braun, Adolf Hitler's longtime girlfriend and, in their final hours, wife.

The photos "reveal new dimensions" of the woman who married Hitler as the Russian army closed in on his Berlin bunker and then committed suicide with him a day later. He was 56. She was 33.

END_OF_DOCUMENT_TOKEN_TO_BE_REPLACED

5:43 pm ET December 5, 2022 RETWEET
The Duke and Duchess of Sussex have an early Christmas gift for their supporters. A new trailer for their Netflixātwitter.com/i/web/status/1ā¦bo
cnni

5:43 pm ET December 5, 2022 RETWEET
The Duke and Duchess of Sussex have an early Christmas gift for their supporters. A new trailer for their Netflixātwitter.com/i/web/status/1ā¦bo
cnni

11:54 am ET December 3, 2022 RETWEET
A man has been arrested and charged with murder in connection to the killing of Migos rapper Takeoff, the Houston Pātwitter.com/i/web/status/1ā¦Hy
cnnbrk