Nearly 40% of US Marines are declining Covid-19 vaccinations, according to data provided to CNN by the service, theātwitter.com/i/web/status/1ā¦A9 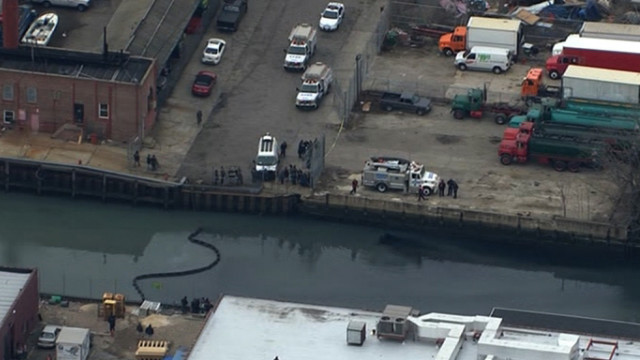 A dolphin stranded in Brooklyn's highly polluted Gowanus Canal today has died, according to the Riverhead Foundation.

Emergency personnel gathered Friday alongside the canal, which borders Brooklyn's Red Hook neighborhood, in an effort to rescue the marine mammal, which inadvertently had become trapped in the channel's muck and mud.

The Common Dolphin passed away Friday evening, after being stuck in the murky low-tide waters for most of the day, said Joanne Biegert of the Riverhead Foundation. 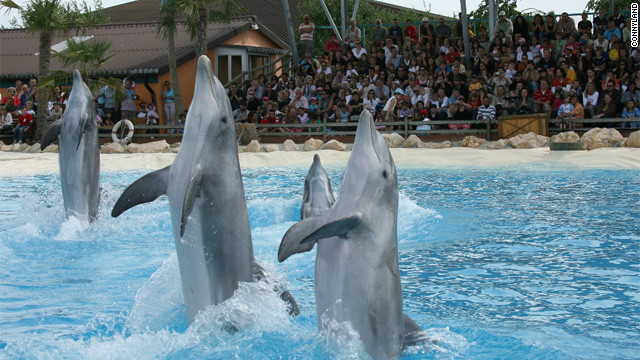 Dolphins perform at the Connyland marine park in Switzerland.
May 7th, 2012
01:43 PM ET

Two dolphins at a Swiss theme park died after ingesting a heroin substitute around the same time asĀ a weekend rave at the park last November, according to reports from Switzerland.

A toxicology report from a forensics institute in St. Gallen, Switzerland, showed tests found traces of the heroin substituteĀ buprenorphine in the dolphins' urine, according to a report in London's Daily Mail online, citing Swiss media reports.

The dolphins died within five days of each other in November, after the area near their pool in the Connyland marine park had been rented out for a weekend rave, according to the reports.

Cornelis van Elk, a Dutch marine biologist, said the drugs turn off a part of the dolphins' brains which tells them when to surface for air.

Connyland keeper Nadja Gasser told local media how one of the dolphins, named Chelmers, died, according to the Daily Mail.

"He was drifting under the water and was clearly in trouble and so we jumped into the water.

"We tried to hold him. He was shaking all over and was foaming at the mouth.

"Eventually we got him out of the water. His tongue was hanging out. He could hardly breathe.

"He was given adrenalin, but it didn't help.

"After an hour the dolphin died."

In a report in the Daily Mail shortly after the rave, wildlife experts said noise from the event could have stressed the animals' immune systems and led to the death of the first dolphin, Shadow.

11:00 pm ET April 10, 2021 RETWEET
The Office of the United Nations High Commissioner for Human Rights said it has asked the UAE for "proof of life"ātwitter.com/i/web/status/1ā¦zY
cnni

10:01 pm ET April 10, 2021 RETWEET
Nearly 40% of US Marines are declining Covid-19 vaccinations, according to data provided to CNN by the service, theātwitter.com/i/web/status/1ā¦KL
cnni