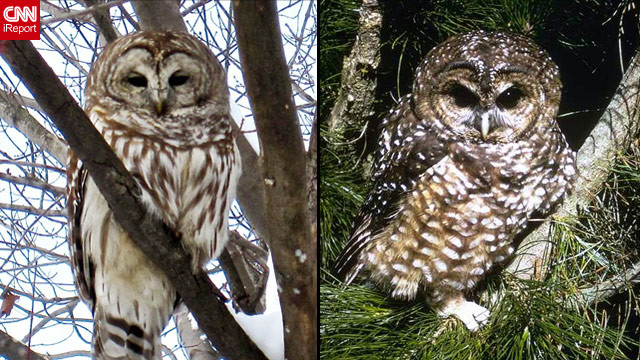 The U.S. government has listed the northern spotted owl, whose range includes British Columbia, Washington, Oregon and California, as a threatened species since 1990. Its population declined by 40%  in the last 25 years, not only because of shrinking habitat, but also because the barred owl moved into the area starting in the late 1950s, the service says.

“Larger, more aggressive and more adaptable than the northern spotted owl, barred owls are known to displace spotted owls, disrupt their nesting and compete with them for food,” the service says on the Interior Department’s website. "Researchers have also observed instances of barred owls interbreeding with or killing spotted owls."

The service is now proposing killing or capturing barred owls in limited areas of the other owl’s range to see whether the removals allow the other owl’s population to bounce back.

The service is calling for one to 11 experiment sites in areas including national parks and recreation areas. Depending on the number of sites, the service would kill or transfer 257 to nearly 8,960 barred owls, according to the service’s environmental impact statement on the plan.