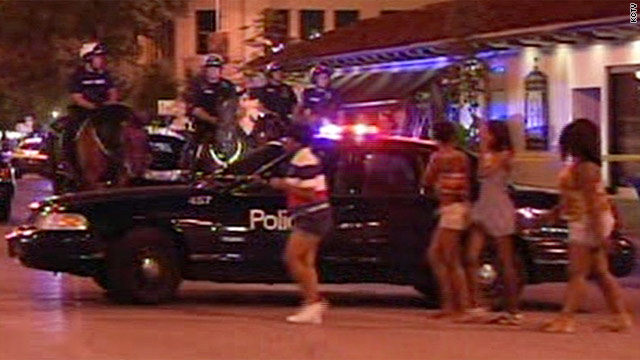 Kansas City curfew: Kansas City, Missouri, is imposing a 9 p.m. curfew for those age 17 and younger in five areas of the city after violence last weekend in which three teens were wounded by gunfire in the city's Country Club Plaza entertainment district.

Last Saturday's gunfire occurred just yards from the city's mayor, Sly James, who was making an appearance in the Plaza district to address problems of large groups of teens gathering in some of the city's entertainment and shopping areas, CNN affiliate KCTV reported.

The new curfew, which the City Council passed Thursday night and the mayor is expected to sign Friday, will cover the city's downtown, Westport, Zona Rosa and 18th and Vine Historic Jazz District as well as Country Club Plaza, according to local media reports. It will be in effect through the last Sunday in September and will begin again the Friday before Memorial Day.

Violators face fines of up to $500 and court costs, KCTV reported.

Norway massacre: The families of the victims of a mass shooting rampage on a Norwegian island are due to visit the scene Friday, a month after two attacks plunged the Scandinavian nation into mourning.

Sixty-nine people died July 22 on Utoya island, where hundreds of mostly young people were gathered for a summer camp held by the youth wing of the governing Labour Party.  Eight others died in the bombing of Oslo government buildings hours earlier.

Anders Breivik, the man accused of carrying out both attacks, is expected to appear in court in Oslo on Friday.

Police or prosecutors are expected to speak to reporters after his appearance, which will not be open to the public or media.

The average interest rate for a 15-year fixed rate loan was 3.36%, according to the report.