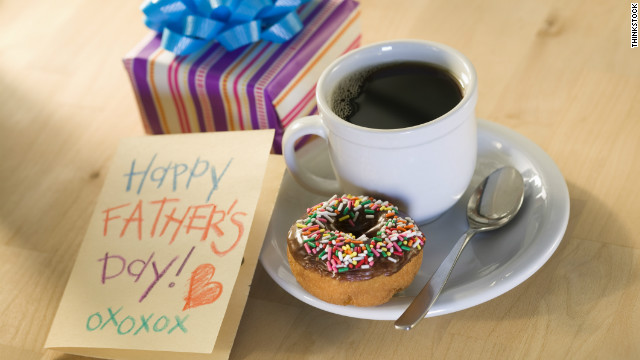 It's estimated that 94 million Father's Day cards are exchanged annually, according to Hallmark.
June 17th, 2012
08:00 AM ET

Father's Day, by the numbers

Every year on the third Sunday in June, we celebrate Dad with his own day.  The idea sprang from the mind of one woman who thought that fathers, just like mothers, deserved their own holiday. Sonora Louise Smart Dodd of Spokane, Washington, celebrated the first Father's Day on June 19, 1910 - her father's birthday.

In 1924, President Calvin Coolidge publicly supported a national Father's Day, and in 1966, President Lyndon Johnson proclaimed it a national holiday. Following up in 1972, President Richard Nixon signed a permanent U.S. Father's Day into law, observed on the third Sunday in June.

Father's Day is also the fourth-largest card-sending occasion. Here's a breakdown of the other intriguing numbers that follow this holiday.

70.1 million – The estimated number of fathers in the United States

24.7 million – The number of married men with children under 18 at home in the United States

170,000 – The number of single fathers raising three or more children.

$117.14 – Estimated amount that the average person will spend on Father’s Day gifts in 2012, according to the National Retail Federation.

$12.7 billion – Estimated amount that consumers will spend on Father’s Day cards and gifts in 2012.

1910 – The first Father’s Day is celebrated in Spokane, Washington.

1972 – The year President Richard Nixon signed the law that designates the third Sunday in June as Father’s Day.

92 – Age of Les Colley of Australia at the birth of his son Oswald in 1992. He holds the Guinness World Record for the oldest man to father a child.

$1.22 billion – Estimated sales at pizza restaurant Papa John’s in 2011, according to Hoovers.com

1 – Highest chart position on the Billboard Hot 100 for “Papa Don’t Preach” by Madonna.

$15 – Cost of a loaf of “Papa Don’t Peach” bread made by Breadwinner bakery in Atlanta.

3 – Number of awards won by the Temptations’ song “Papa Was a Rollin’ Stone” at the 1972 Grammy Awards.

50 – Number of years the Rolling Stones have been together with Mick Jagger as lead singer.

Here on CNN.com, we're also celebrating "Dear Old Dad" with our special coverage. Be sure to check this ultimate guide to the stories that pay tribute to Dad, whether he's no longer with us or enjoying Sunday's holiday on the couch with his favorite meal, and his favorite people. 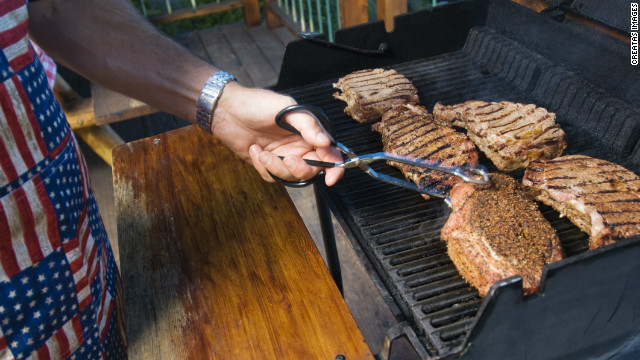 In our GeekOut blog, author Joe Peacock praises his stepfather for supporting all his geeky hobbies (the sci-fi and comic-book fan has an extensive "Akira" art collection) and helping him be a happy person who is "unapologetic about loving the things he loves.”