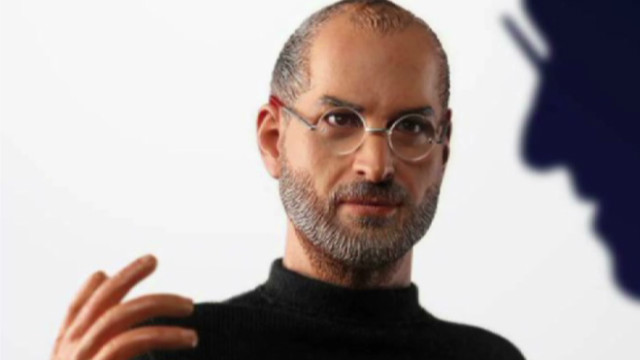 Apple action figure — Apple fanatics can now buy an eerily realistic Steve Jobs action figure. This $99 doll from In Icons stands 12 inches tall and is expected to go on sale in February in the U.S. It comes complete with Jobs’ signature black turtleneck and jeans attire. Last year, a different Jobs doll was discontinued after the manufacturer was threatened with legal action.

END_OF_DOCUMENT_TOKEN_TO_BE_REPLACED 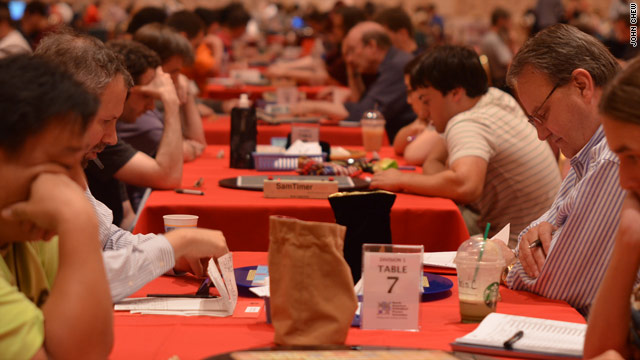 Play goes on during Day 4 of the National SCRABBLE Championship Tuesday in Dallas.
August 10th, 2011
06:12 AM ET

Jesse Day, a Berkeley, California, graduate student, holds a slim lead over Nigel Richards, a former SCRABBLE national and world champion from Malaysia, and Kenji Matsumoto, from Aiea, Hawaii, as the competition heads into the final day of play.

Twenty-eight rounds have been completed and three will be played on Wednesday. The winner gets a $10,000 prize.

Nearly 350 players have been involved in the National SCRABBLE Championship at the Hotel InterContinental Dallas.

A phone-hacking scandal that has brought a 168-year-old newspaper to its end and caused a parliamentary investigation in the United Kingdom will likely draw attention to a routine report that is usually only combed over by stockholders.

A key group of News Corp. investors is calling for the company to separate the roles of chairman and CEO, Bloomberg News reported Tuesday. The group also wants the majority of the company's board of directors to be independent, according to the report.

Dodger Stadium beating: Two California men are scheduled to be arraigned Wednesday morning in Los Angeles on charges relating to the beating of a San Francisco Giants fan in the parking lot of Dodger Stadium in March.

Marvin Norwood, 30, and Louie Sanchez, 29, both of Rialto, California, are each charged with mayhem, assault and battery, and all three charges are felonies, according to the complaint provided by the Los Angeles County District Attorney's Office.

Sanchez is also charged with two misdemeanor counts - one for battery and the other for assault - against two other persons on the same day, according to the complaint.

Sanchez and Norwood, arrested at their San Bernardino County homes July 21, are being held on $500,000 bail each, the prosecutor's office said.