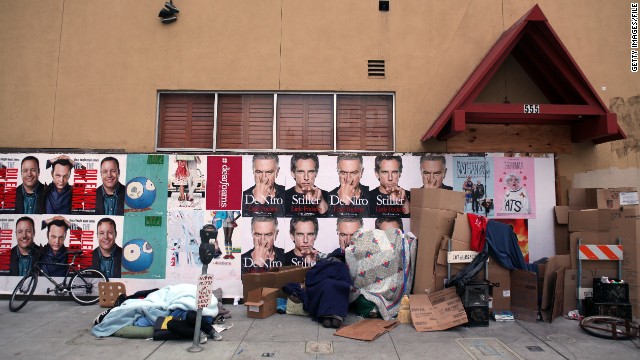 Encouraging the homeless to find a new haunt is nothing new, but managers at the Bill Graham Civic Auditorium may be breaking ground by attempting to do it sonically.

Of course, Manuel Noriega is and David Koresh was familiar with the acoustic warfare tactic, which at least one now-vanquished homeless San Franciscan felt was a harsh reaction to his and his cohorts' squatting, the San Francisco Chronicle reports.

Between 20 and 40 homeless had been hanging out and sleeping at Civic Center Park, and according to the newspaper, it was a source of frustration for police, the mayor, the city Recreation and Parks Commission and the concert promotion outfit, Another Planet Entertainment, which operates the auditorium.

To combat this scourge, Another Planet began using the building's outside speakers to blare a cacophony of the world's most jarring noises - chainsaws, motorcycles, jackhammers, an aircraft carrier alarm - in hopes of shooing the homeless off of its stoop.

The clamor, which begins nightly at 11 and continues until 7 a.m., prompted building manager Robert Reiter to comment to the paper, "I thought it was the building alarm going off."

END_OF_DOCUMENT_TOKEN_TO_BE_REPLACED 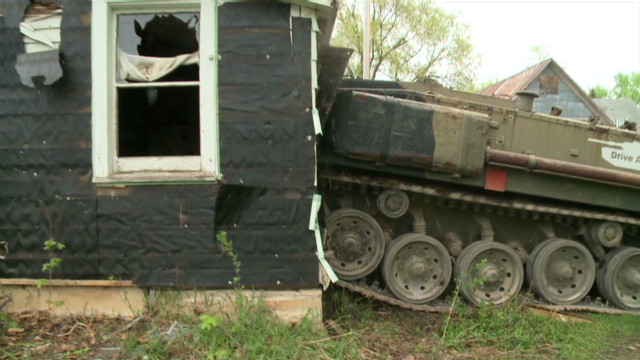 Owners of this 150-year-old home decided to have some fun and tear it down with a tank. Watch the video to see it all come down. Plus, find out how the average person can get his hands on a tank! This 150-year-old home was set for demolition, so the homeowners decided to rent a tank to tear down their house. Watch the video to see the tank do its thing. Plus, find out where an average homeowner can get his hands on a tank! 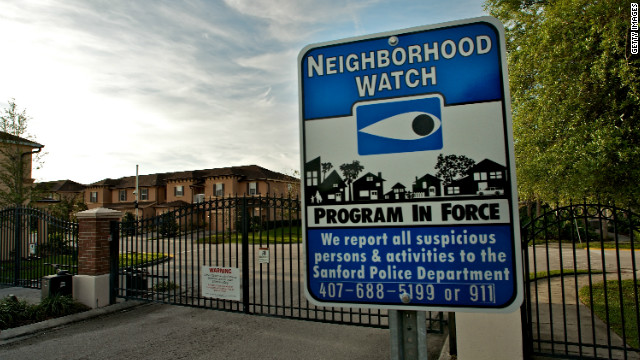 The gated community of The Retreat at Twin Lakes in Sanford, Florida, is where Trayvon Martin was shot.
March 28th, 2012
07:54 PM ET

Journalist Bonita Burton wrote an opinion piece about the implications of gated communities similar to the Sanford, Florida,┬Āneighborhood where the Trayvon Martin shooting took place. Our readers have much to say about this story.

Video commenter Dyana Glasgow of Philadelphia, Pennsylvania, says she lived off and on in Sarasota, Florida, for several years and now lives in Philadelphia, Pennsylvania. She says she actually feels safer in an urban environment "where people look out for each other," and host events like block parties to interact. She said she wasn't a fan of Florida's gated communities.

"I think it draws attention. You're drawing attention to yourself that you're part of an elite class of people," she said. "It sends a message to anybody who doesn't belong to that community to stay out."

But Egberto Willies of Kingwood, Texas, says he doesn't believe gates fuel paranoia, but rather are a result of it in a tough economy.

EWillies1961: "Why not create your little enclave behind some walls where things can be the way they use to be? Welcome to what many would make America. Instead of a community of people who share their differences to create a much tastier existence, we isolate (ourselves) because of both externalities, paranoia, and you name it. That is the America we must not allow a migration (toward)."

CNN.com reader texas999┬Āechoed that sentiment and said people have to be proactive about their safety. END_OF_DOCUMENT_TOKEN_TO_BE_REPLACED

In the largest deal to date aimed at addressing the housing meltdown, federal and state officials on Thursday announced a $26 billion foreclosure settlement with five of the largest home lenders.

The settlement settles potential state charges about allegations of improper foreclosures based on "robosigning," seizures made without proper paperwork.

At least $17 billion of the settlement will go to reducing the principal owed by homeowners who are both underwater and behind on their mortgages. Depending on which loans have the amount owed cut, the amount of principal relief could reach as much as $34 billion.

Sitting serenely in the warm azure waters of the Indian Ocean, the Maldives guarantees the whitest of white sand beŌĆtwitter.com/i/web/status/1ŌĆ”fA
cnni

12:01 am ET January 18, 2022 RETWEET
That was the MOST West Coast Half-Time!!! #RamsHouse Ō@RamsNFLFL#WarrenGrenG #MontellJordanrdan . Us old heads were stwitter.com/i/web/status/1ŌĆ”Xe1ks9
sarasidnerCNN

10:48 pm ET January 17, 2022 RETWEET
Residents near Ottawa used a kayak to save a woman whose car plunged into icy water after she drove on a frozen rivŌĆtwitter.com/i/web/status/1ŌĆ”C1
cnni

10:32 pm ET January 17, 2022 RETWEET
Saturday's eruption of an underwater volcano near Tonga was likely the biggest recorded anywhere on the planet in mŌĆtwitter.com/i/web/status/1ŌĆ”vn
cnni

10:19 pm ET January 17, 2022 RETWEET
Billionaires added $5 trillion to their fortunes during the pandemic, according to Oxfam, exacerbating economic ineŌĆtwitter.com/i/web/status/1ŌĆ”FA
cnni